Dec 31, 2018 7:36 PM PHT
Agence France-Presse
Facebook Twitter Copy URL
Copied
The current number brings the count of people suspected of links to the Islamic State group up to around 20,000 since 2014 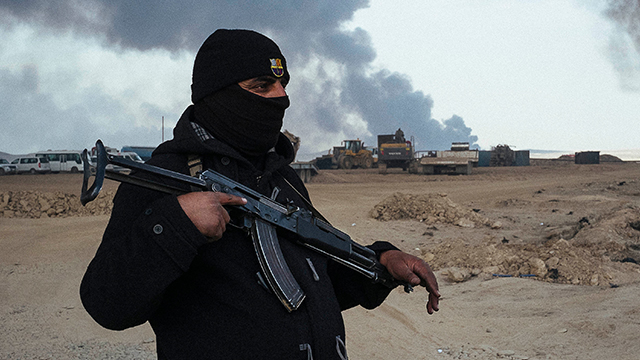 BAGHDAD, Iraq – Iraq sentenced more than 600 foreigners including many women and dozens of minors in 2018 for belonging to the Islamic State group (ISIS), the judiciary said on Monday, December 31.

Iraq declared “victory” over IS at the end of 2017 after a 3-year war against the jihadists, who once controlled nearly a third of the country as well as swathes of neighbouring Syria.

Around 20,000 people suspected of links to ISIS have been arrested since 2014.

Judicial spokesman Abdel Sattar Bayraqdar said Monday that “616 men and women accused of belonging to IS have been put on trial” in 2018 and sentenced under Iraq’s anti-terrorism law.

Bayraqdar did not, however specify the punishments. (READ: How to fight ISIS on social media)

Under Iraq’s anti-terrorism law courts can issue verdicts, including death sentences, against anyone found guilty of belonging to the jihadist group, including non-combatants.

In April, judicial sources said that more than 300 suspects linked to ISIS had received death sentences and more than 300 others were sentenced to life, which in Iraq is equivalent to 20 years. (READ: Religious freedom at risk in 1 of 5 countries – report)

Most of the women sentenced for IS links were from Turkey and republics of the former Soviet Union.

Many women had travelled to Iraq with their children to join their husbands who fought in the ranks of IS. (READ: New Iraq minister quits over videos linking her brother to ISIS)

Some are still waiting to be repatriated to their home countries.

On Sunday, 30 Russian children whose mothers are in prison in Iraq for links to IS were flown from Baghdad to Moscow as part of a repatriation program championed by Chechen strongman Ramzan Kadyrov.– Rappler.com