Jan 4, 2019 4:27 PM PHT
Agence France-Presse
Facebook Twitter Copy URL
Copied
Jolovan Wham is charged with violating public order laws because he failed to apply for a police permit before inviting Joshua Wong, a non-Singaporean, to speak via video call to an audience in Singapore 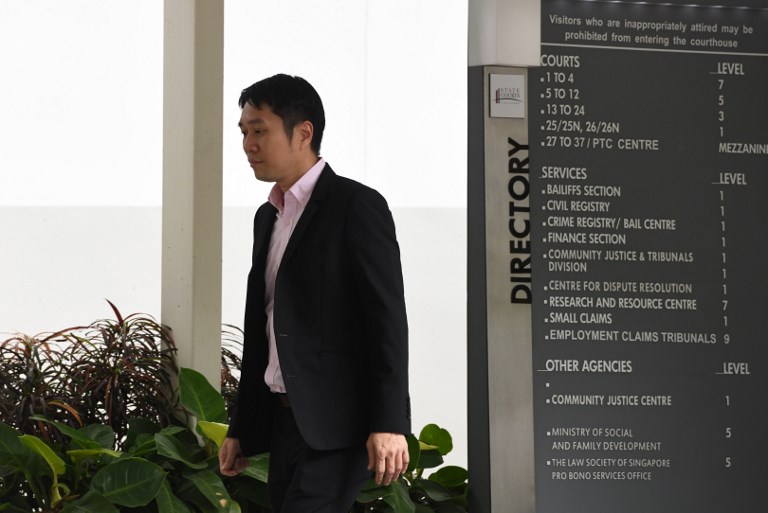 SINGAPORE – A Singaporean activist was found guilty on Thursday, January 3, of organizing an illegal protest after holding what he called a “harmless” public discussion in 2016 that featured Hong Kong democracy campaigner Joshua Wong speaking via Skype.

Jolovan Wham, 39, was charged with violating public order laws because he failed to apply for a police permit before inviting Wong, a non-Singaporean, to speak via video call to an audience in the tightly controlled city-state.

Wham, who is also an advocate for migrant workers’ rights, said earlier in a Facebook post that the gathering in November 2016 “was a harmless and straightforward discussion about social movements”.

But district judge Kessler Soh Boon Leng said in his verdict Thursday that the prosecution proved the charges against Wham “beyond reasonable doubt” and set sentencing for January 23.

Wong, who was among the leaders of the massive pro-democracy protests in Hong Kong in 2014, spoke about the role of civil disobedience and democracy in building social movements.

Organizing a public assembly without a permit in Singapore is punishable by a fine of up to Sg$5,000 ($3,600). Repeat offenders can be fined up to Sg$10,000 or jailed a maximum six months or both.

The wealthy city-state is regularly criticized by rights groups for its heavy-handed response to political dissent and freedom of expression.

Last month, the editor of a Singaporean website was charged with defamation for publishing a letter alleging corruption among the country’s leaders.

The same month, Prime Minister Lee Hsien Loong sued a blogger for defamation over a Facebook post alleging he was the target of an investigation in neighbouring Malaysia related to the scandal-plagued wealth fund 1MDB. – Rappler.com