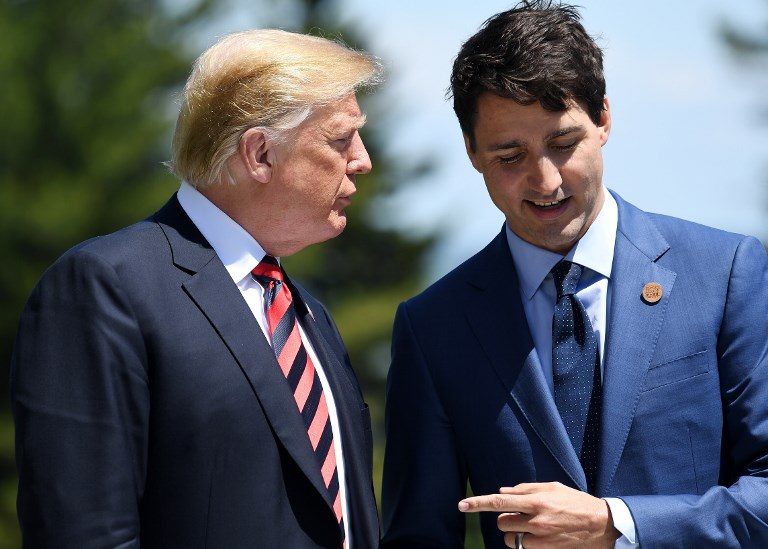 Facebook Twitter Copy URL
Copied
Though no link has been officially made, the arrests are thought to be in retaliation for Canada's December 1 arrest of Meng Wanzhou, a top executive at Chinese telecommunications giant Huawei

“The prime minister thanked the president for the strong statements of support by the United States in response to the arbitrary detention of two Canadians in China,” Trudeau’s office said in a statement.

“The two leaders agreed to continue to seek their release.”

Though no link has been officially made, the arrests are thought to be in retaliation for Canada’s December 1 arrest of Meng Wanzhou, a top executive at Chinese telecommunications giant Huawei.

She was detained on a request from the United States, which has accused her of violating sanctions on Iran.

Trump and Trudeau discussed the US extradition request. “They reaffirmed the importance of respecting judicial independence and the rule of law,” said Trudeau’s office.

“We made it clear that from the standpoint of advancing important bilateral relations between Canada and China, that this represents a major chill,” opposition Conservative MP Michael Cooper told the Globe and Mail in a telephone interview from Shanghai.

Britain, France, Germany and the European Union have all also issued statements expressing concerns about the arrests.

Meng has been released on bail pending the outcome of an extradition hearing. Her next court appearance is in February. – Rappler.com