Moscow says Japan must recognize all Kurils as Russian 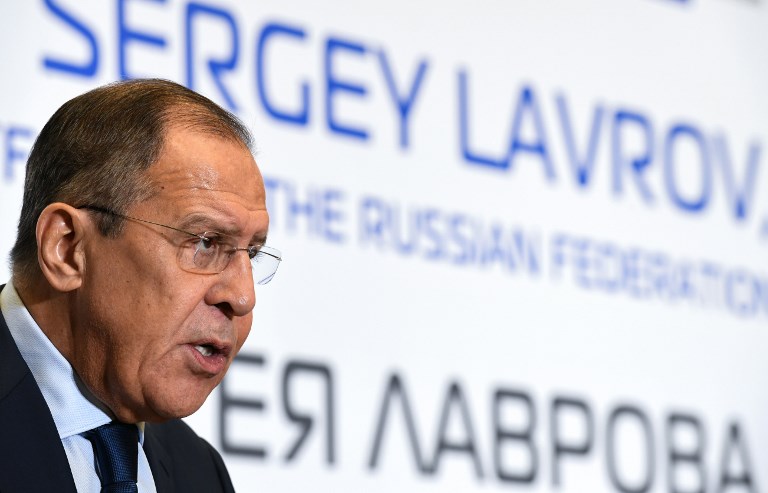 MOSCOW, Russia – Russian Foreign Minister Sergei Lavrov said Monday, January 14, after meeting his Japanese counterpart that Tokyo must recognize Moscow’s sovereignty over all of the disputed south Kuril islands in order for peace talks to continue.

The two diplomats met for the first time since leaders of Japan and Russia agreed last year to increase efforts to sign a treaty ending World War II. Talks stalled for decades due to Japan’s claim to strategic islands seized by the Soviet army in the final days of the war.

“Sovereignty over the islands is not up for discussion, this is Russian territory,” Lavrov said in a briefing following talks with Japanese Foreign Minister Taro Kono.

Moscow is willing to work toward a peace resolution provided “Japan’s indisputable recognition of the entirety of results of World War II, including Russia’s sovereignty over all of the islands of the southern Kuril chain,” he said.

Lavrov said this basic premise is reflected in the 1956 joint declaration of the Soviet Union and Japan, which Moscow is willing to use as a starting point.

“This is our base position and without steps in this direction it is very difficult to expect movement forward on other issues,” he added.

Lavrov said that for the time being, efforts to jointly develop the islands per recent bilateral agreements have not been particularly successful.

He said one of Moscow’s goals in bilateral cooperation was visa-free travel between the two countries, which could start with Tokyo dropping the visa requirement for Russian citizens residing on the Kurils.

The disputed Kuril islands, one of which lies less than 10 kilometers from Japan’s Hokkaido, consist of Kunashir, Iturup, Shikotan and Habomai. Three are inhabited while Habomai is a group of islets with only the presence of a border patrol.

Japan and the Soviet Union signed the 1956 document, which stipulated that the USSR was willing to cede Shikotan and Habomai following a signed peace agreement, but Japan demanded all 4 islands.

Lavrov said Monday that it was “unacceptable” that Japan still called the islands Northern Territories in its national law.

Working with the 1956 declaration would also need to reconcile the fact that Japan has since entered a military alliance with the United States.

“Now of course we have to take into account that the situation with regards to Japan’s military alliances has drastically changed,” Lavrov said. US efforts to “militarize” the Asia Pacific region created additional risks for Russia, he added.

Unusually, the two foreign ministers did not appear in a joint press conference but scheduled two separate briefings for the media. Lavrov said this was done at the request of Tokyo.

He said any peace settlement would have to be “supported and accepted by the people in our countries”.

Ceding any islands to Japan is unlikely to go down well in Russia, where the Kremlin has whipped up a wave of patriotic sentiment since 2014, when Moscow annexed the Crimea peninsula from Ukraine.

The governor of the Russian island of Sakhalin, who also administers the Kurils, last week said locals opposed territorial changes. Hundreds protested recently against any handover.

“The Kuril islands are Russian soil, that is clear. The issue of handing over the Kuril islands is not on the agenda,” governor Valery Limarenko told the Gazeta.Ru news website. – Rappler.com