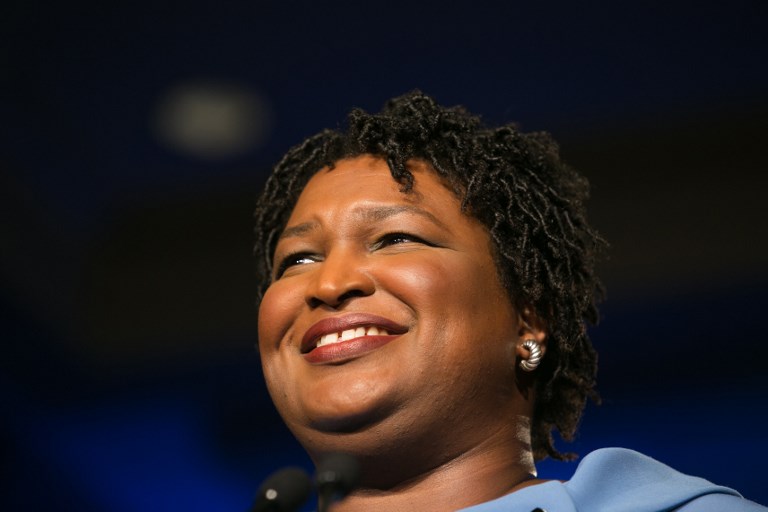 WASHINGTON DC, USA – Democrats on Tuesday, January 29, picked Stacey Abrams, who rose to prominence in her heated but unsuccessful Georgia governor’s race, to deliver the rebuttal to Donald Trump’s State of the Union address, a first for an African-American woman.

The president will give his annual speech on February 5 before a joint session of Congress, after it was postponed because of the partial government shutdown.

Abrams is a former Georgia legislative leader but holds no current political office, an unusual status for someone delivering a national party’s response to the president.

“She is just a great spokesperson, she is an incredible leader,” Senate Minority Leader Chuck Schumer told reporters, adding that Abrams “has led the charge for voting rights, which is at the root of just about everything else.”

Abrams, 45, emerged as a potent political star last year when she nearly won her race to became the nation’s first female black governor – in the reliably Republican southern state of Georgia.

She nearly forced a runoff with the state’s secretary of state Brian Kemp in Georgia’s tightest gubernatorial election in decades.

A champion of voting rights who seeks to elevate the conversation to a national level, Abrams is already being discussed as a potential Democratic candidate for the US Senate in 2020. She said she was “honored” to be delivering the response.

“Stacey Abrams embodies the American Dream, and her powerful message of progress for all is deeply needed during this time for our country,” House Speaker Nancy Pelosi said.

The rebuttal is a tradition that dates half a century.

In recent years, it has been seen as a high-profile honor bestowed on a rising political star.