Dozens of ex-graft convicts running for office in Indonesia polls

Jan 31, 2019 5:23 PM PHT
Agence France-Presse
Facebook Twitter Copy URL
Copied
The Southeast Asian nation is riddled with corruption at all levels of society and its House of Representatives is widely viewed as one of its most graft-hit institutions 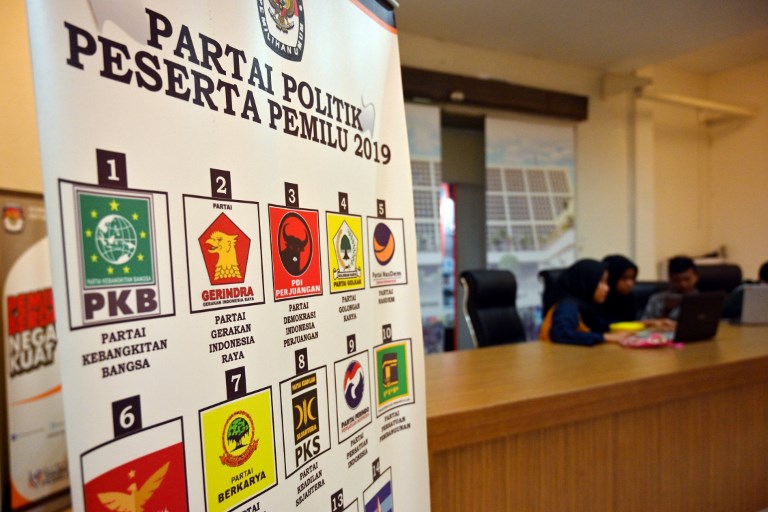 JAKARTA, Indonesia – Dozens of Indonesians who served jail time for corruption are running for public office, the electoral agency said Thursday, January 31, as the world’s third-largest democracy gears up for national polls.

The 49 candidates belong to more than half of the 16 political parties contesting April elections, including President Joko Widodo’s Indonesian Democratic Party of Struggle.

Half a dozen represent Gerindra, a party lead by former military general Prabowo Subianto, who is challenging Widodo for Indonesia’s top job, according to the General Elections Commission.

They’re among more than 8,000 people vying for seats in parliament and regional councils, with 192 million registered voters eligible to cast a ballot on April 17.

The Southeast Asian nation is riddled with corruption at all levels of society and its House of Representatives is widely viewed as one of its most graft-hit institutions.

Legislative hopefuls must publicly declare their previous convictions to stand for office, but there are no fixed rules about how they are to reveal those details.

“We hope the public can use this information” to avoid electing corruption candidates, Donal Fairz from Indonesian Corruption Watch told AFP.

Graft has been endemic in Indonesia since before the world’s largest Muslim majority country transitioned into a democracy after the fall of long-ruling dictator Suharto two decades ago.

Suharto’s son, Tommy, is running for a seat in restive Papua province despite a 2002 conviction for ordering the assassination of a Supreme Court judge who had convicted him of corruption.

In 2018, ex-parliamentary speaker Setya Novanto was jailed for 15 years for accepting bribes and millions of dollars in kickbacks. – Rappler.com