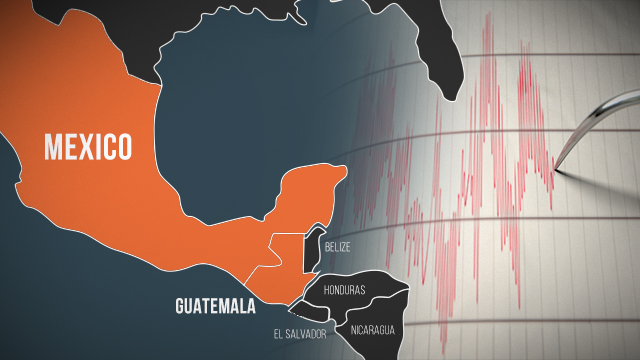 The quake struck near the Mexico-Guatemala border, 37 kilometers (23 miles) southwest of Ciudad Hidalgo, in the Mexican state of Chiapas, said Mexico’s National Seismological Service. It put the depth at 62 kilometers.

It caused rockslides that blocked 3 highways in Guatemala, and left at least 3 people with minor injuries, authorities there said.

The quake was felt as far away as El Salvador and Mexico City. In the Mexican capital, more than 1,200 kilometers from the epicenter, tall buildings swayed and thousands of people were evacuated.

The shaking was powerful around the epicenter, in Chiapas, but no major damage or injuries were reported on the Mexican side of the border.

“It was pretty scary,” said Karla Munoz, a resident of Tapachula, Chiapas, who told Agence France-Presse her daughters had been “extremely frightened.”

“We all started crying at school!” said one of them, 9-year-old Eva.

The memory is still fresh in Mexico of two earthquakes in September 2017 that killed 465 people and damaged tens of thousands of buildings. (READ: Philippine embassy in Mexico damaged by quake – Malacañang)