‘Special place in hell’ for no plan Brexiteers – EU leader

Feb 6, 2019 11:09 PM PHT
Agence France-Presse
Facebook Twitter Copy URL
Copied
'I've been wondering what that special place in hell looks like, for those who promoted Brexit without even a sketch of a plan how to carry it out safely,' says European Union leader Donald Tusk 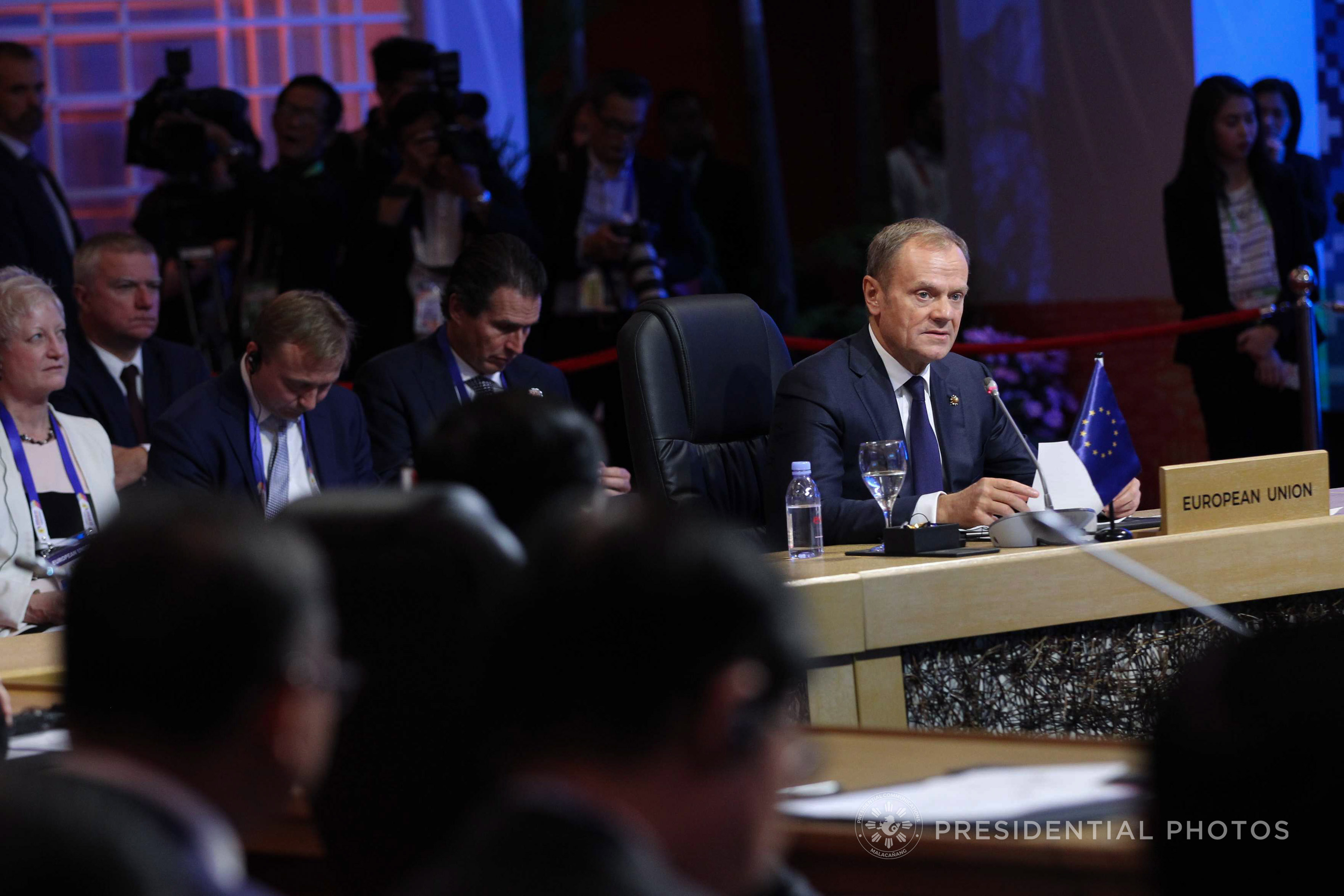 BRUSSELS, Belgium – European Union leader Donald Tusk damned those who called for Brexit with no idea how to carry it out Wednesday, February 6, saying he hopes Theresa May now has a “realistic” plan.

The British prime minister is due in Brussels on Thursday, February 7, to seek a way to ensure Britain’s orderly withdrawal from the EU and avoid what Tusk warned would be a “fiasco.”

But Tusk, standing by Irish leader Leo Varadkar, warned once again that the divorce deal May agreed last year but failed to sell to her parliament will not be reopened.

Neither will the deal’s “backstop” that ensures an open Irish border, he said, denouncing the British euroskeptics now pushing for an abrupt “no deal” departure.

“I’ve been wondering what that special place in hell looks like, for those who promoted Brexit without even a sketch of a plan how to carry it out safely,” Tusk said.

The comment caused an immediate uproar across the Channel, with the Brexit spokesman for the Northern Irish DUP party picking up on the theme and branding Tusk a “devilish, trident-wielding, euromaniac.”

Number 10 was more measured in its response, but did not hide its irritation.

“It’s a question for Donald Tusk as to whether he considers the use of that kind of language to be helpful, and I appreciate that was difficult this morning because he didn’t take any questions,” May’s spokesman said.

Both top EU officials are due to host May on Thursday, but few in Brussels expect her to come with an acceptable offer to revive the deal, 50 days from Brexit.

“Today our most important task is to prevent a no deal scenario,” Tusk said, stressing that the EU “is not making any new offer” and the deal is “not open for renegotiation.”

Offering warm support for his guest, Tusk said the European Union “will not gamble with peace” on the Irish border by removing the backstop from the deal.

“I hope that tomorrow we will hear from Prime Minister May a realistic suggestion on how to end the impasse,” he said.

But he added: “A sense of responsibility also tells us to prepare for a possible fiasco.”

Varadkar, whose government has stressed the importance of maintaining an open border between Ireland and Northern Ireland after Brexit, thanked Tusk.

“While we expect the backstop will never be used, we agreed again today it is needed as a legal guarantee to ensure there is no return to a hard border,” he said.

May fears she will not be able to command a majority in the House of Commons to ratify a withdrawal that binds Britain into a customs union until the border issue is resolved.

On Wednesday, she discussed the issue with Northern Irish leaders in the British province before her difficult visit to Brussels to confront a skeptical Juncker and Tusk.

Last month, the House of Commons overwhelmingly rejected the Brexit deal that May had negotiated with the EU over 18 months of painstaking high-stakes diplomacy.

May is now looking into changes to satisfy her MPs, who fear the backstop would keep Britain indefinitely tied to EU rules with even closer alignment for Northern Ireland.

May’s spokesman stressed that she wasn’t coming to Brussels to ask for more time and remained determined to deliver a Brexit deal before the March 29 deadline.

“Parliament voted by a significant margin to set out what it wishes to achieve, which is changes to the backstop,” the Number 10 spokesman told reporters.

“Donald Tusk was clear again today that his primary objective is to avoid a no deal. We need to work together in order to find a solution which allows MPs to vote… in favor of the deal.”

Speaking in Northern Ireland on Tuesday, February 5, May vowed to seek a solution that keeps the border open and preserves the peace that ended years of violence in the British province.

The impasse in Brussels has led to heightened fears Britain could crash out of the EU without a deal on March 29, disrupting trade flows.

German Chancellor Angela Merkel said during a trip to Tokyo on Tuesday: “Two months is not a long time but there is still time, and this should be used by all sides.”

British MPs who met Juncker’s right-hand man, Martin Selmayr, in Brussels on Monday, February 4, said he did not rule out some kind of legal assurance on the backstop.

But Selmayr himself rejected this, tweeting: “On the EU side, nobody is considering this.” – Rappler.com