Feb 7, 2019 8:07 AM PHT
Agence France-Presse
Facebook Twitter Copy URL
Copied
The pair are gunned down inside the studios of Radio Hamsada, a private broadcaster based in Taloqan 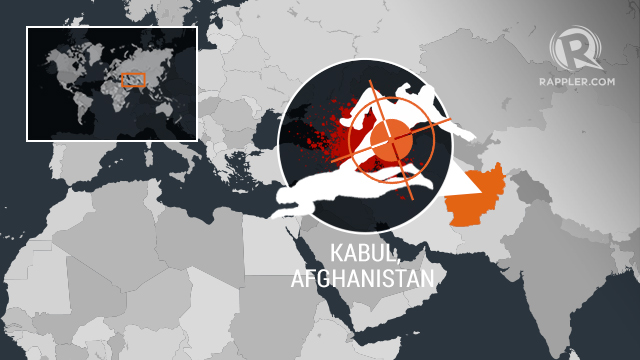 The pair, both men in their 20s, were gunned down inside the studios of Radio Hamsada, a private broadcaster based in Taloqan, the capital of Takhar province.

Nobody has claimed responsibility for the attack and an investigation was underway, provincial spokesman Jawad Hejri told AFP.

“Two unidentified gunmen entered the radio station’s office at around 6 pm on Tuesday. They opened fire on two reporters who were behind their mics during a live program. Both reporters died at the scene,” he said.

The attack is the second this year in Afghanistan targeting journalists, and comes as diplomatic efforts to end the 17-year war have intensified.

Last month, Afghan citizen journalist Jawid Noori was snatched from his car and murdered by the Taliban in Farah province in the country’s west.

2018 was the deadliest year on record for journalists in Afghanistan, according to Reporters Without Borders.

US ambassador to Kabul, John Bass, said he was “saddened and angered” by the killings.

“It is time to #EndImpunity for crimes against journalists. #PressFreedom,” he tweeted.

Amnesty International described the latest attack as a “horrific crime” and urged Afghan authorities to ensure protection for journalists so they could work safely.

“This attack once again highlights the risks journalists continue to face in Afghanistan for just doing their job,” the group’s South Asia researcher, Zaman Sultani, said in a statement.

Afghanistan’s Journalists Safety Committee called on the government to “identify the perpetrators and make sure that the justice is served.”

AFP’s chief photographer in Afghanistan, Shah Marai, was among 25 people killed along with 8 other journalists in a bomb attack in April 2018.

Less than three months later, AFP driver Mohammad Akhtar was killed in another suicide attack on his way to work.

According to RSF, 60 journalists and media workers have been killed in Afghanistan since the US-led invasion in 2001 that toppled the Taliban regime and enabled independent media to blossom in its wake — an average of around three a year.

The losses have devastated the tight-knit community that faces the real prospect of tragedy every time they go to work, and are forcing outlets to ask themselves hard questions about how to cover Afghanistan’s conflict. – Rappler.com