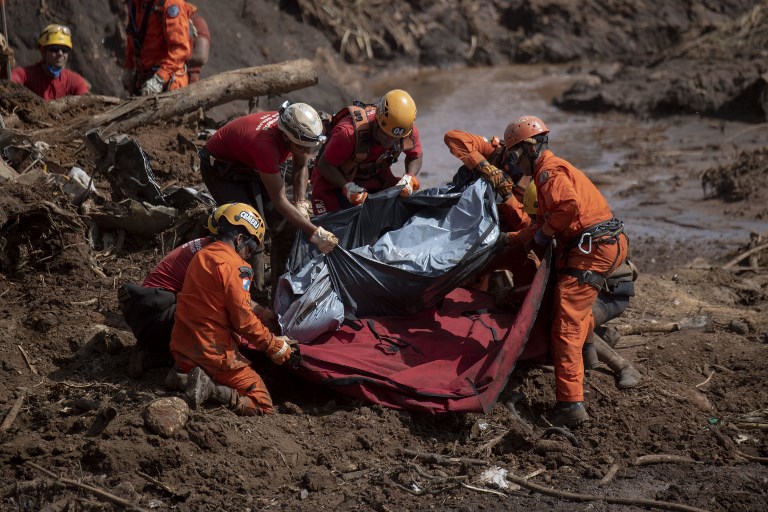 RIO DE JANEIRO, Brazil – Inhabitants in Brazil’s southeast where a dam collapsed at a mine nearly two weeks ago, releasing mineral-laced waste in a deadly torrent, are at heightened risk from a range of illnesses, according to an epidemiologist.

Diego Xavier, one of several authors of a report on the disaster carried out by researchers at Brazil’s Oswaldo Cruz Foundation (Fiocruz), told AFP that residents faced increased risk of dengue, yellow fever, infectious diseases and psychological problems.

The January 25 collapse of the tailings dam at the mine owned by Brazilian corporate giant Vale near the town of Brumadinho killed at least 150 people and left 182 missing, according to the latest toll. Emergency crews are still working to locate and recover bodies.

The muddy waste has infiltrated more than 200 kilometers (120 miles) of the Paraopeba river.

Xavier said the problem now is “the pollution of the water with heavy metals — people in contact with this water might present cases of diarrhea, diphtheria or vomiting.”

Months later, infectious diseases and parasites could emerge. If trash collection is interrupted, rats could turn up, and if water supplies are shut down because of the river pollution, mosquitos could swarm to water stored at homes, increasing the risk of dengue and yellow fever.

“Based on accumulated knowledge from other disasters, we recommend vaccinating all the population in the area against yellow fever,” Xavier said.

Over the longer term, there is a risk to the mental health of residents, he said.

“The people have suffered such trauma they need psychological monitoring over a long period to avoid cases of depression, anxiety, even suicide,” he said.

“The more the time passes, the more the population is forgotten. The media speaks less about the tragedy, the commotion diminishes and everything is left in the hands of the public health system,” he said, arguing for greater responsibility to be put on Vale, one of the largest mining companies in the world. – Rappler.com