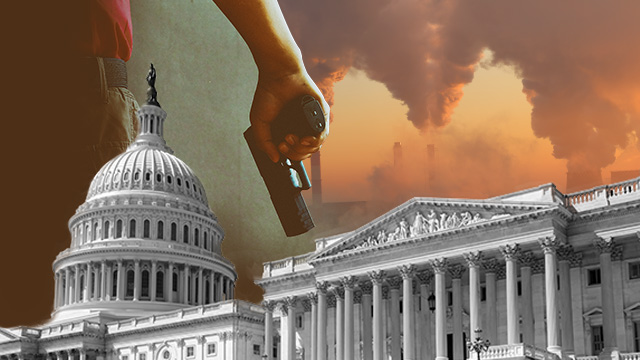 A hearing on gun violence was held at the same time, also a first in 8 years, in a sign of changing times on Capitol Hill.

Democrats retook control of the lower House in January after 8 years of Republican majority. The Senate however remained in Republican hands.

But the new elected officials took office at first paralyzed by the longest federal government shutdown in American history.

Now that a (temporary) deal has been reached, the Democrats are keen to show that they have taken over the House and its powerful committees.

House Judiciary Committee Chairman Jerrold Nadler said he was disappointed that Republican President Donald Trump did not mention guns in his big State of the Union speech on Tuesday.

“The epidemic of gun violence in this country is a national crisis and an international embarrassment,” he said in a statement. “In 2017, nearly 40,000 Americans lost their lives because of guns. In fact, every day in America, on average, 34 people are murdered with a firearm, and more than 183 people are injured in an attack.”

Several survivors from recent mass shootings were present for the hearing, including those from Parkland High School in Florida, where the Valentine’s Day killing of 17 people last year sparked a national conversation on gun control.

On the causes of climate change, Republicans and Democrats are deeply opposed, a fissure that has become all the more apparent since President Donald Trump withdrew the United States from the Paris accord in 2017. – Rappler.com