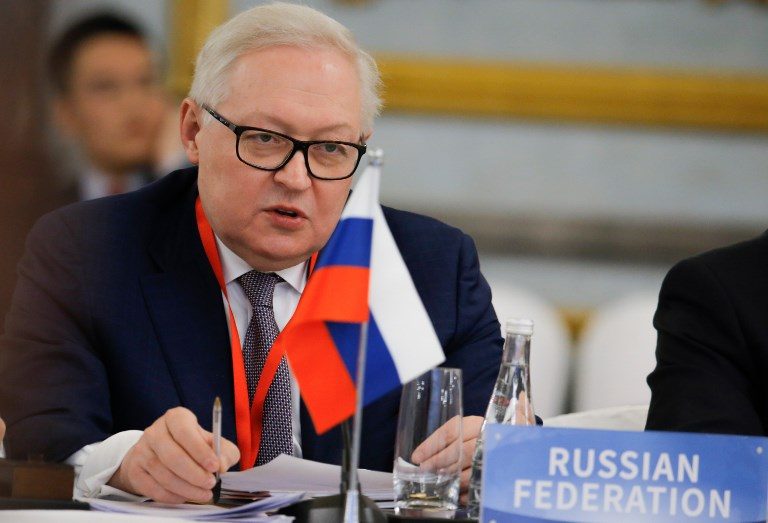 MOSCOW, Russia – Russia said Thursday, February 7, it had “counted on” being invited to an international dialogue in Montevideo on Venezuela’s political crisis, but was told it could not participate.

European and Latin American envoys were set to gather in the Uruguayan capital Thursday for the first meeting of a “Contact Group” with the goal of creating conditions for a peaceful political process.

“We were counting on Russia having possibility to get involved in the work that will take place in Montevideo today, at least as an observer state,” deputy foreign minister Sergei Ryabkov told the RIA Novosti news agency.

“But we were told that such a format is not possible,” he added, without specifying who had made the decision.

Russia is a strong supporter of President Nicolas Maduro and has denounced the opposition’s “usurpation of power.”

The European Union, 8 other European countries and 5 Latin American nations are scheduled to take part in the meeting.

The initiative, originally launched by Mexico and Uruguay as a “neutral countries” conference on Venezuela, has evolved into a meeting of a “Contact Group” launched by the EU in late January, and joined by Costa Rica, Bolivia and Ecuador.

On Wednesday, February 6, Maduro – having rejected an EU ultimatum on organizing snap presidential elections – welcomed the meeting and expressed support for “all steps and initiatives to facilitate dialogue.”

But opposition leader Juan Guaido, who on January 23 declared himself Venezuela’s interim president and is now recognized by 40 countries, has strongly rejected any talks with the government, dismissing it as a way for Maduro to buy time.

The Kremlin this week slammed what it said were attempts to interfere in Venezuela’s domestic affairs after several European countries recognized Guaido as interim leader.

The two countries have a long history of ties and Maduro’s predecessor Hugo Chavez, known for his tirades against the United States, was a frequent visitor to the Kremlin. – Rappler.com