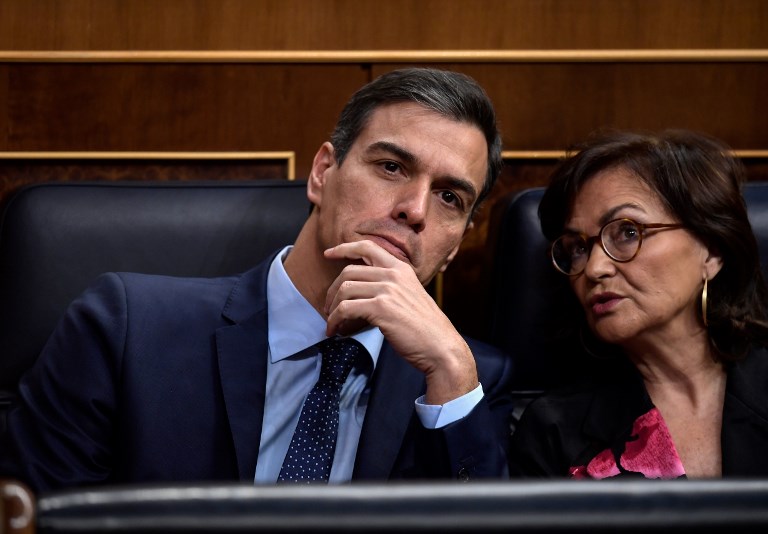 Madrid offered to create a roundtable attended by all political parties in Catalonia to try and ease the secession crisis in this northeastern region, complete with a special, independent “rapporteur.”

That latest proposal caused an uproar among the conservatives and some socialist leaders, who accused the government of making a concession to separatist leaders and thus yielding to their “blackmail.”

“This proposal was an attempt to set the dialogue in an ordered, rigorous way, and with conviction,” Deputy Prime Minister Carmen Calvo told reporters.

She said “it was not accepted” by Catalan separatist parties.

“For the moment the situation is stalled.”

She added that separatist parties were asking the government to agree to holding an independence referendum, something which she said would “never be acceptable.”

Right-wing forces called a major demonstration in Madrid for Sunday, February 10, to protest against Prime Minister Pedro Sanchez, just two days before the trial of 12 separatist leaders opens in the Spanish capital under the domestic and foreign spotlight. – Rappler.com