What does Princess Ubolratana’s entry mean for Thai politics? 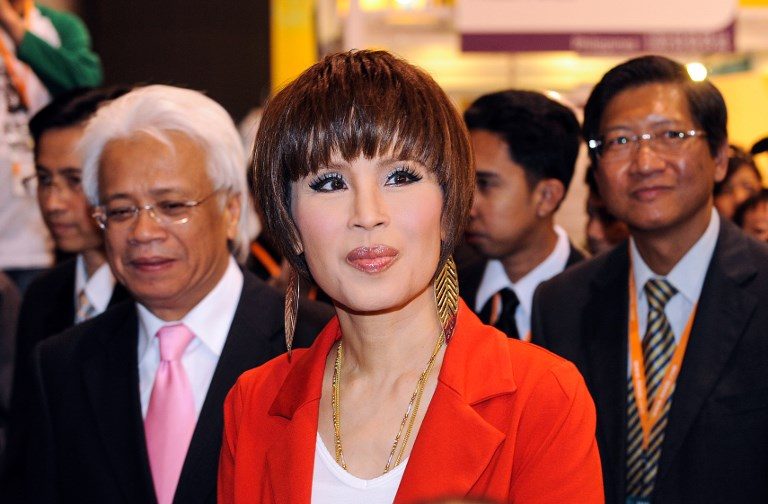 Facebook Twitter Copy URL
Copied
Princess Ubolratana's brother, the king, is against regal involvement in elections – how will her entry change the game?

Her game-changing entrance into Thailand’s turbulent political scene – and the displeasure it stirred from her brother, the king – layers on complexity into the coming poll, the first since a 2014 coup. (READ: Thai princess, junta chief to run for prime minister)

So what do Friday’s astonishing events mean for Thai politics?

How is the junta affected?

The moment the princess entered the fray, for the Thai Raksa Chart party, junta chief Prayut Chan-O-Cha looked to be on the ropes.

He agreed to be a candidate for premier shortly after her, in a move putting him in direct rivalry with a member of the institution he seized power vowing to defend.

But the statement late Friday from the palace condemned the move “to bring” Ubolratana into politics as “highly inappropriate” and “unconstitutional,” dimming the prospects of her running.

That would put Prayut back in the driver’s seat.

“She supported Thaksin and wanted to participate in politics,” said Paul Chambers, a lecturer at Naresuan University.

“He (the king) was against regal involvement in elections.”

Election Authorities have a week to review which candidates are allowed to stand for prime minister after the March 24 vote.

How will this affect Thailand’s political divides?

The kingdom’s political schism is broadly between the Shinawatra-aligned rural poor and the Bangkok-based elite, and has resulted in rounds of deadly street protests and two coups since 2006.

For the princess, coming out on the side of the Shinawatras will further complicate Thailand’s troubled politics, said Pavin Chachavalpongpun, associate professor at the Center for Southeast Asian Studies at Kyoto University.

“Thai politics has been drawn along the monarchy fault line and the latest move has further deepened that line.”

The palace statement did not directly criticize the princess but seemed to take aim at the political party bringing her on board, a move described as “against royal traditions and the nation’s culture.”

Thailand has been a constitutional monarchy since 1932.

Some initially viewed Ubolratana’s entry as deft political strategy by Thaksin and a sign of a backroom deal to revive his political fortunes.

But the palace statement casts serious doubt on the efficacy of Thaksin’s strategy.

Does the princess have a background in politics?

Her experience is limited, but the Shinawatras have a deep pool of political know-how.

Thaksin and his sister Yingluck were both ousted in military coups, in 2006 and 2014 respectively. Still, their parties have won every election since 2001.

Ubolratana is well-known among the Thai public, having appeared in movies, stage performances and maintaining an active, vibrant social media presence.

“I feel great. And I think she’s a suitable choice,” Thai homemaker Nirinsiri Chanboriboon, 41, told Agence France-Presse after the announcement of her candidacy earlier Friday.

But she is still untested politically and Thai social media was full of scepticism over the move – with many unsure what to make of it.

The monarchy is revered in Thailand, and is protected by some of the harshest lese majeste laws in the world. – Rappler.com