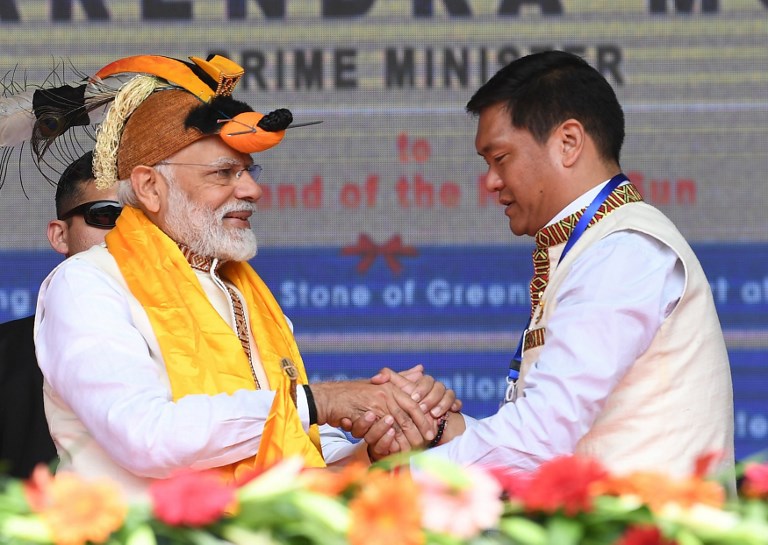 BEIJING, China – China on Saturday, February 9, protested the visit by Indian Prime Minister Narendra Modi to the Indian state of Arunachal Pradesh, a contested region located on the border between the two countries.

“The Chinese government has never recognized the so-called ‘Arunachal Pradesh’ and is firmly opposed to the Indian leader’s visit,” Chinese foreign ministry spokesperson Hua Chunying said in a statement.

“China urges the Indian side to… refrain from any action that may lead to the escalation of disputes or complicate the boundary question,” added Hua, some hours after Modi’s visit to the contested area, during which he inaugurated building work for two airports.

Relations between New Delhi and Beijing have been marked by distrust since a brief but bloody 1962 border war, during which the two fought over Arunachal Pradesh, with Chinese troops temporarily capturing part of the Himalayan territory.

The dispute remains unresolved, with India considering Arunachal Pradesh one of its northeastern states while China claims about 90,000 square kilometers of the territory.

“Indian leaders visit Arunachal Pradesh from time to time, as they visit other parts of India. This consistent position has been conveyed to the Chinese side on several occasions,” India’s foreign ministry said in a statement Saturday.

In 2017, the two Asian giants were involved in a high-altitude standoff in Bhutan’s Doklam region after the Indian army sent troops to stop the construction of a military road by China. (READ: Dalai Lama accuses China of fooling its people)

After two tense months, the troops from both countries withdrew and last April, Modi met with Xi Jinping in an effort to reset bilateral relations. – Rappler.com