Feb 10, 2019 4:45 PM PHT
Agence France-Presse
Facebook Twitter Copy URL
Copied
Trump and Kim are due to meet in Hanoi from February 27 to 28 this year following their landmark first summit in Singapore in June 2018 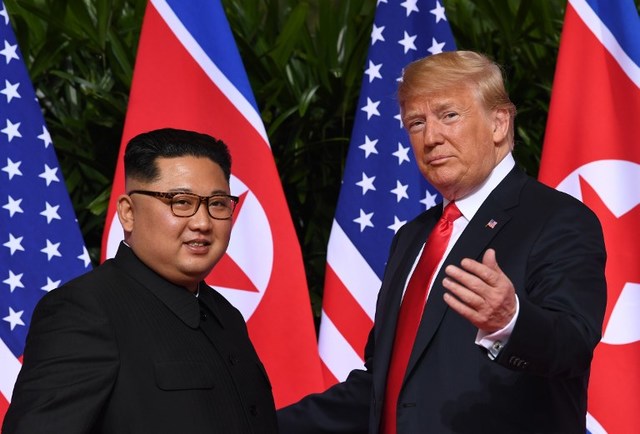 The news comes a day after Stephen Biegun, the US Special Representative for North Korea, said more dialogue was needed ahead of the summit scheduled in Vietnam.

“North Korea and the US have agreed to continue negotiations in a third country in Asia during the week of February 17,” Seoul’s presidential spokesman Kim Eui-kyeom told reporters.

He did not provide further details.

Biegun travelled to Pyongyang earlier this month for 3 days of preparatory meetings with North Korean officials, with the State Department saying the talks focused on Trump and Kim’s “commitments of complete denuclearization, transforming US-DPRK relations, and building a lasting peace on the Korean Peninsula”.

Trump and Kim are due to meet in Hanoi from February 27 to 28 following their landmark first summit in Singapore last June. (READ: 2-day Trump-Kim summit calls for real progress – analysts)

That meeting – the first-ever between the leaders of the US and North Korea – produced a vaguely-worded document in which Kim pledged to work towards “the denuclearization of the Korean peninsula”. (READ: 6 things we learned from historic Trump-Kim summit)

But progress has since stalled with the two sides disagreeing over what that means and analysts say tangible progress on denuclearization will be needed for the second summit if it is to avoid being dismissed as “reality TV”.

Trump’s own intelligence chief, Dan Coats, have expressed scepticism over the North’s denuclearization, and told the Senate Intelligence Committee that Pyongyang was “unlikely to completely give up its nuclear weapons”. – Rappler.com