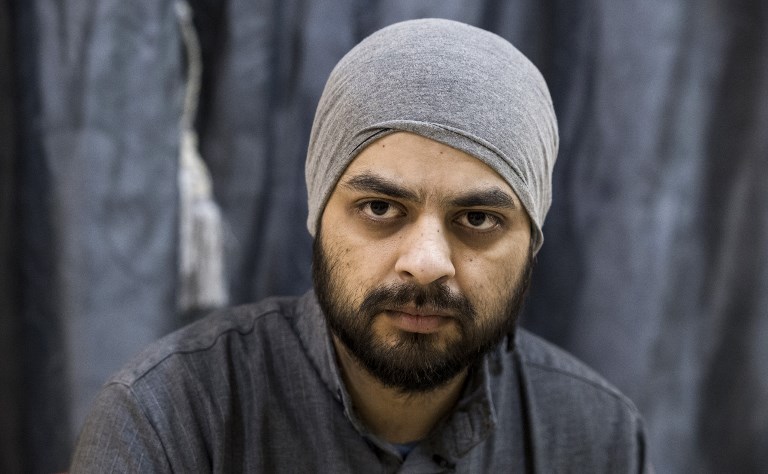 HASAKEH, Syria – A Canadian jihadist detained in Syria told AFP on Sunday, February 10, he had been “hung out to dry” by the Islamic State group like other foreign fighters and appealed to his government for help.

Mohammad Ali, 28, was captured by the US-backed Syrian Democratic Forces (SDF) some nine months ago while trying to flee north into Turkey with his Canadian wife and two children.

He was interviewed at a detention center in the northeastern city of Hasakeh in the presence of two members of the SDF, who are holding hundreds of foreign jihadists.

Ali, who joined IS in 2014 under the nom de guerre Abu Turab al-Kanadi, said he had been interrogated by the American FBI, CIA and US defense officials, but never visited by a Canadian official.

“Every time I get taken for an interrogation or an interview, I’m hoping it’s with someone from the Canadian government, someone that can clarify my situation and give me a bit of hope.”

“Up until now, nothing,” he said. “I have nowhere else to go… How can they leave me sitting here like this in limbo?”

The Kurdish administration in northeastern Syria wants to send the prisoners back for trial, but governments in their countries of origin are often reluctant.

Canada’s foreign ministry said it had opened a communication channel with Kurdish authorities but that there was no agreement on repatriation.

The Families Against Violent Extremism (FAVE) non-profit said it knew of 25 Canadians held by the SDF.

Ali was dressed in a grey robe, matching cap and tattered black sandals.

He repeatedly said he was “exhausted” and often paused for long periods before mumbling an answer.

Like many other captured accused ISIS members, he said he joined the group to fight President Bashar al-Assad’s government.

He first worked in ISIS’s lucrative oil ministry for 4 months because of his previous experience in Canada as an oil worker.

During that time, he used a prominent Twitter account to call on others to join the jihadists, but said he was never part of ISIS’s formal media apparatus.

He spent the following 3 years as a fighter and trainer, but said he always refused to shoot civilians.

AFP could not immediately verify the details of the account he gave of his time in the “caliphate”.

Ali said he began doubting his decision to join ISIS in late 2016, as the jihadists began to lose territory and turn against foreigners, including a Dutch friend of his who was executed by the group.

“The foreigners feel they were left out, hung out to dry, they’ve been used and abused,” he said.

He paid a smuggler to take his Canadian wife, who he met under ISIS in Syria, and their two young girls north from Deir Ezzor province to the Turkish border.

Ali said he was planning to go to the Canadian embassy in Ankara but was caught by the SDF before crossing into Turkey.

‘They will rise back up’

He said he has been unable to speak to his wife or daughters, or his family in Canada, since being detained.

“All I think about is my wife and kids,” he said.

Hundreds of ISIS-affiliated men, women and children have streamed out of the group’s shrinking pocket in east Syria in the past two months, but journalists and advocates have limited access to them.

Ali said he was not aware of any SDF legal proceedings against him.

Asked what kind of future he was most afraid of, he said he feared being handed over to Syrian regime forces.

He is resigned to serving jail time at home but insisted he should not be considered in the same category as accused British ISIS executioners Alexanda Amon Kotey and El Shafee el-Sheikh, also held by the SDF.

“Now the foreigners are trying to leave, trying to get back home,” Ali told AFP.

“But a lot of the Syrians and the Iraqis, they’re just melting back into the population, holding down for a while, and when things start again, they will rise back up.

“It doesn’t really take a genius to figure this out. They have pockets in the desert, they have people intermingling with the population, acting as civilians, just biding their time.” – Rappler.com