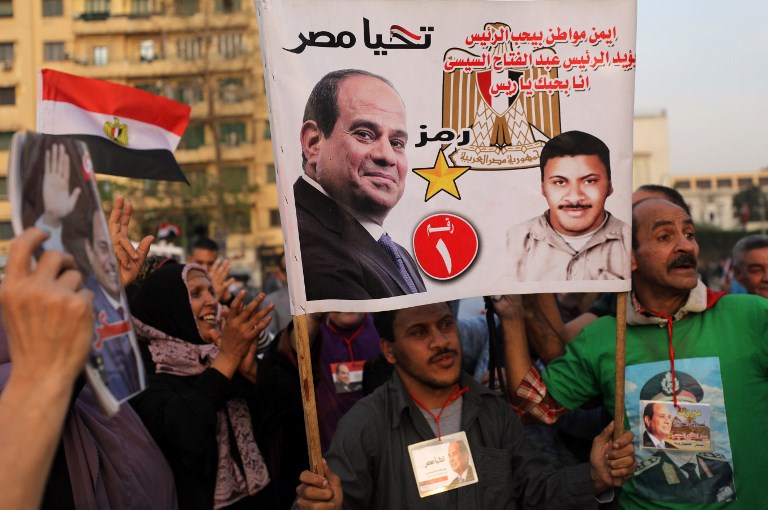 CAIRO, Egypt – Egypt’s parliament on Thursday, February 14, gave preliminary approval to constitutional changes that would allow President Abdel Fattah al-Sisi to stay in power after his second term ends in 2022.

A total of 485 lawmakers out of 596 “endorsed in principle the constitutional amendments after 3 consecutive sessions that lasted more than 10 hours,” a statement on parliament’s website said.

It did not say how many MPs voted against but Haitham al-Hariri, a member of a small opposition group, said 16 MPs opposed the proposals.

The amendments will now be submitted to parliament’s legislative commission which must draft them into legislation and return them to parliament within 60 days for a final vote.

If the vote is passed by a majority of two thirds, parliament will then hold a referendum in line with the conditions of the 2014 constitution.

Backers of Sisi, a former army chief who was re-elected president in March 2018 with over 97% of the vote, have been pressing parliament to repeal an article in the constitution limiting presidents to two consecutive four-year terms.

The key amendment endorsed Wednesday calls for extending the president’s term in office from 4 years to 6, parliament said on its website.

But critics of this amendment have cried foul.

“We are placing absolute powers in the hands of one person… at a time when the people were expecting us to give them ‘bread, freedom, social justice and human dignity’,” lawmaker Ahmed Tantawi said on Wednesday, February 13, in a rare criticism of the government, using the slogan of the 2011 uprising that ousted veteran president Hosni Mubarak.

Eleven non-governmental rights groups have also said they reject the amendments, namely the one that would extend Sisi’s presidency and another that would empower the army “to defend the constitution.”

The “proposed amendments threaten stability and sanction (the) lifelong presidency” of Sisi, they warned in a joint statement released Wednesday by the Cairo Institute for Human Rights Studies (CIHRS).

“These amendments… exercise unprecedented unilateral authority; while granting custodianship over Egypt’s constitution and democracy to the military establishment, despite the military’s utter disrespect for both since Sisi’s ascension to power,” it said.

Sisi won his first term as president the following year.

His government has been widely criticised by rights groups over the repression of dissidents.

As well as a crackdown on dissent, Sisi has overseen a military campaign against Islamic State (ISIS) group-linked militants in the Sinai Peninsula. – Rappler.com