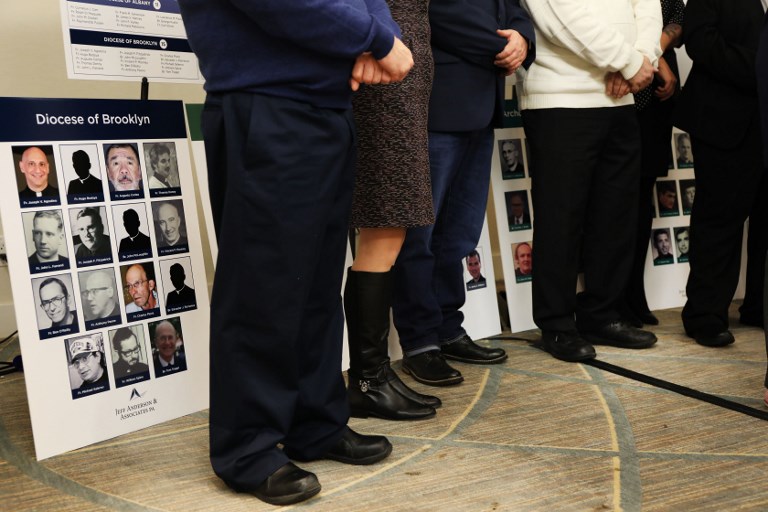 VATICAN CITY – As the Vatican prepares to host a global child abuse summit on the protection of minors, victims’ associations are calling for concrete steps from the Catholic Church to end pedophilia.

While Pope Francis has sought to play down expectations from the summit, here are the main demands from victim groups:

Oust abusers or their protectors

Zero tolerance for sexual abuse by clerics should be “written into universal church law by the end of the summit,” says Ending Clerical Abuse (ECA).

The organization, which brings together activists and survivors from more than 17 countries, said any cleric found to have abused a child or covered up abuse – regardless of how long ago the crime took place – should be defrocked. (READ: Pope Francis vows justice for victims of ‘vile’ sex abuse)

The Survivors Network of those Abused by Priests (SNAP) wants the Vatican to “fire any and all bishops or cardinals who have had a hand in clergy sex abuse cover-ups.”

Expert Marie Collins, who resigned in protest from a Vatican committee she said was failing to adequately tackle pedophilia, insists the Church should “agree on a clear definition of what constitutes the sexual abuse of a minor.”

“There is currently no clear definition…to guide leaders in their handling of abuse,” says Collins, herself a child victim.

Canon law refers to it as “delicts against the 6th commandment of the Decalogue,” an obscure reference which also fails to specify whether it covers indirect abuse such as a cleric exposing himself or looking at pornographic images of children.

It wants an “independent Vatican Truth Commission” to be created, to examine and publish the global abuse archives of the Church, beginning with the Vatican.

Bishops around the world should be “compelled to turn their files over to law enforcement for independent investigations into their handling of clergy sex abuse cases.”

Collins agrees that any guilty verdicts should be made public, “including their offense and their penalty.”

The head of the German bishops’ conference, Reinhard Marx, has called for a clear and open discussion on priest celibacy, which victims’ associations argue contributes to child sex abuse.

The Vatican should “consider introducing voluntary celibacy,” a Royal Commission into Institutional Responses to Child Sexual Abuse in Australia found in 2017.

It should also “address the risks of harm to children and the potential psychological and sexual dysfunction associated with celibacy,” it said. – Rappler.com