Bernie Sanders announces he is running for U.S. president 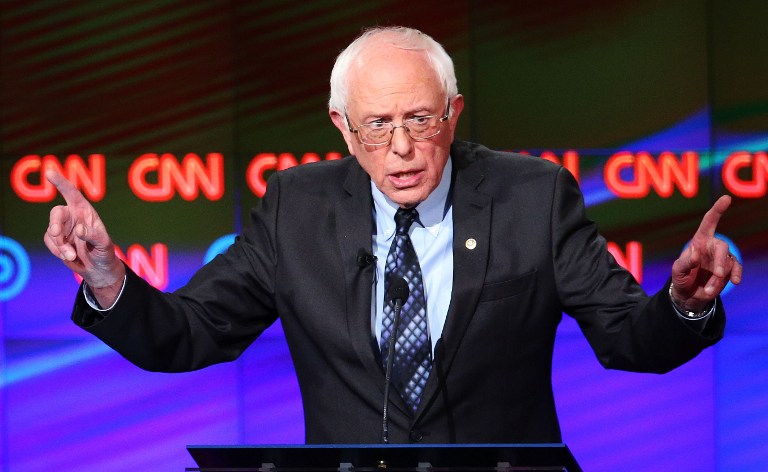 WASHINGTON DC, USA – Senator Bernie Sanders announced Tuesday, February 19, he is running for president, launching a second bid for the White House after a surprisingly strong run for the Democratic nomination in 2016.

Sanders, 77, made the announcement in a radio interview in his home state of Vermont.

“I wanted to let the people of the state of Vermont know about this first,” Sanders said on Vermont Public Radio.

The self-described Democratic socialist joins an already crowded field of candidates seeking to take on President Donald Trump and the Republicans in 2020.

Sanders gave an outline Tuesday of how he will campaign.

“And what I promise to do is, as I go around the country, is to take the values that all of us in Vermont are proud of – a belief in justice, in community, in grassroots politics, in town meetings – that’s what I’m going to carry all over this country,” he said.

He called Trump a national embarrassment and a pathological liar.

“I also think he is a racist, a sexist, a homophobe, a xenophobe, somebody who is gaining cheap political points by trying to pick on minorities, often undocumented immigrants,” Sanders said.

Sanders, an independent who caucuses with Democrats, made an unsuccessful bid for the presidency in 2016, losing out to Hillary Clinton, who was in turn defeated by Donald Trump.

Like Trump, Sanders was an outsider when the 2016 presidential primaries began, but he came close to pulling off an upset over Clinton.

He garnered passionate support among young liberals with his calls for universal health care, a $15 minimum wage and free public university education.