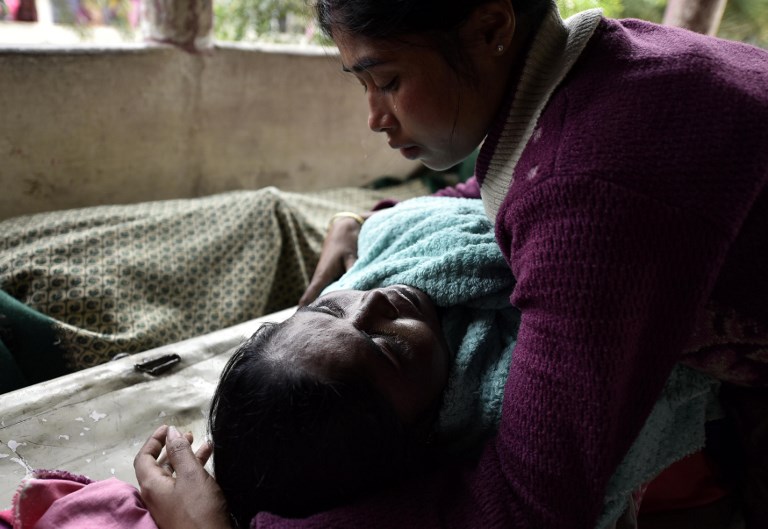 GUWAHATI, India – Ninety-three workers have died and at least 200 others have been hospitalized in northeastern India after drinking toxic liquor, officials said Saturday, February 23, in the latest case of alcohol poisoning in the country.

The deaths in Assam state came less than two weeks after tainted liquor killed about 100 people in the northern states of Uttar Pradesh and Uttarakhand.

“The number of dead (in the district) has now increased to 58, and another 75 people are undergoing treatment” in local hospitals, Dhiren Hazarika, deputy commissioner of Golaghat district in Assam, told AFP.

Another official from the neighboring district of Jorhat said that 35 people had died there after consuming a batch of “spurious liquor”.

The victims, who include many women, worked at local tea estates in the region. The death toll could rise further as both officials said some of the afflicted were in a critical condition.

State police said they had arrested one man for selling the liquor, and authorities said two excise department officials were suspended for failing to take adequate precautions over the sale of the alcohol.

Assam health minister Himanta Biswa Sarma told AFP that state authorities had collated “at least 80” deaths in the districts. “But apart from this some more people died outside the hospital,” he added.

“I also met the family members and relatives and ensured them that the perpetrators will not be spared,” Sarma said in a Twitter comment.

Some media reports, citing anonymous sources, said that more than 100 people had died and the exact number was still being verified by authorities.

Cheap, locally made liquor is common in parts of rural India and bootleggers often add methanol – a highly toxic form of alcohol sometimes used as an anti-freeze – to their product to increase its strength.

If ingested in large quantities, methanol can cause blindness, liver damage and death.

Hundreds of mainly poor people die each year in the South Asian country from tainted liquor, which normally costs just a few US cents a bottle.

Of the estimated five billion litres of alcohol drunk every year in India, around 40 percent is illegally produced, according to the International Spirits and Wine Association of India.

Many Indian states have implemented or pushed for prohibition, which, according to critics, further increases the unsupervised manufacture and sale of alcohol. – Rappler.com