Feb 23, 2019 10:45 PM PHT
Agence France-Presse
Facebook Twitter Copy URL
Copied
Venezuelans demand that the military let them cross the footbridge to Colombia for work or to buy goods not available in their country 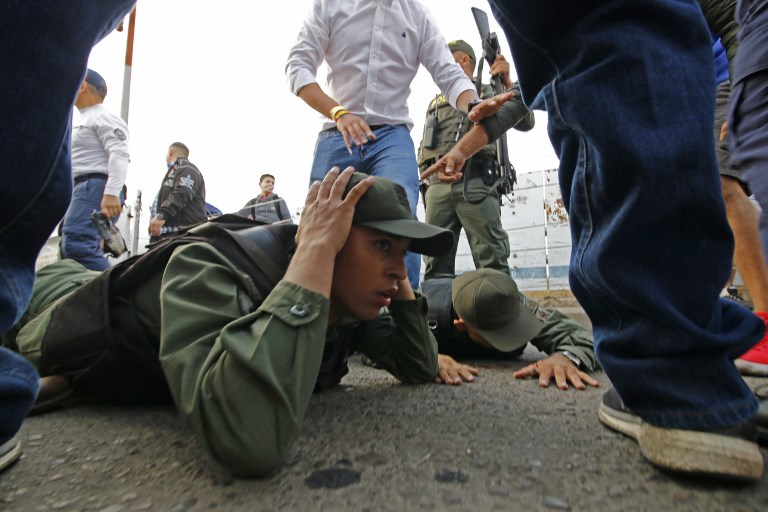 “We want to work!” they chanted while facing the Venezuelan National Guard riot police who were blocking the crossing in Urena, a town in Tachira state.

Opposition leader Juan Guaido has massed supporters on both sides of the border to support a bid to bring in tons of US-supplied humanitarian aid from the Colombian city of Cucuta in defiance of Maduro who rejects the aid as a pretext for a US intervention.

Guaido, who proclaimed himself acting president one month ago, set Saturday for a showdown over the desperately-needed aid, essentially daring the military to stop them from bringing the aid in.

In Urena, residents demanded that the military let them cross a footbridge used to go back and forth to Colombia for work or to buy goods not available in Venezuela.

After moments of rising tension, riot police advanced and began firing teargas while some protesters responded by hurling rocks.

Some 40,000 Venezuelans cross from Tachira into Colombia every day, most returning the same day.

“I have to get through to do my 8 little hours of work. What happens if I don’t show up? My family depends on me,” said 24-year-old Unay Velasco just before the confrontation began. – Rappler.com