Turkish President Erdogan lashes out at Sisi over Egypt executions 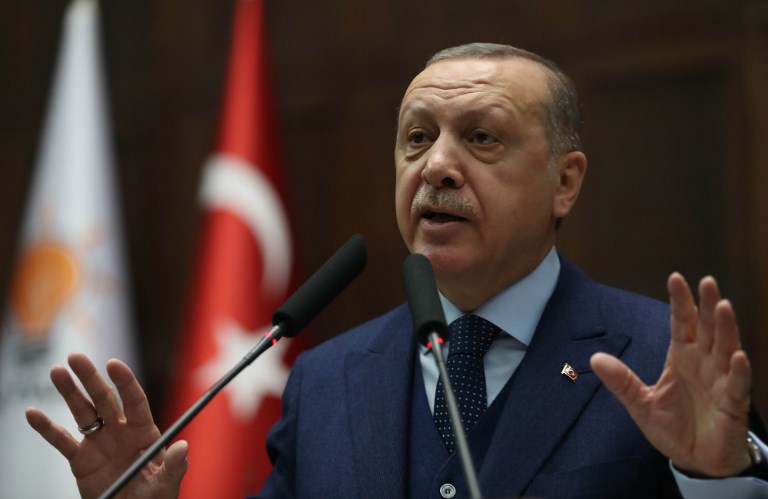 ISTANBUL, Turkey – Turkish President Recep Tayyip Erdogan sharply criticized his Egyptian counterpart Abdel Fattah al-Sisi after the recent execution of 9 people in Egypt, saying he refused to talk to “someone like him”.

“They killed 9 young people recently. This is not something we can accept,” Erdogan said Saturday, February 24 in an interview with Turkish TV channels CNN-Turk and Kanal D, referring to the execution Wednesday of nine men sentenced for the murder of the Egyptian prosecutor general in 2015.

“Of course, we are going to be told that it is a decision of the judiciary, but there, justice, elections, all that, are codswallop. There is an authoritarian system, even totalitarian,” Erdogan added.

“Now, I am answering those who wonder why Tayyip Erdogan does not speak to Sisi, because there are mediators who come here sometimes, but I will never talk to someone like him,” he said.

Relations between Turkey and Egypt have been virtually non-existent since the Egyptian military, then led by Sisi, in 2013 ousted Islamist president Mohamed Morsi, a close ally of Erdogan.

Morsi’s Islamist Muslim Brotherhood is outlawed in Egypt but members of the group have sought refuge in Turkey.

Erdogan, who denounced Morsi’s ouster, sometimes draws a parallel with the failed coup against himself in 2016.

The Turkish president also called for the release of Muslim Brotherhood prisoners in Egypt.

“First of all, he should release all those imprisoned with a general amnesty. As long as these people have not been released, we will not be able to talk with Sisi,” he said.

Erdogan also attacked Western countries which, according to him, “roll out the red carpet” for Sisi and turn a blind eye to the latest executions in Egypt.

“Where are the Westerners? Have you heard their voices?” he said.

“On the other hand, when it comes to people imprisoned in our country (Turkey), they scream bloody murder.”

Amnesty International condemned the executions of the men, who it said were convicted in trials marred by torture allegations. – Rappler.com