Britain should ‘rapidly’ give up Chagos Islands – UN court

Feb 26, 2019 12:04 AM PHT
Agence France-Presse
Facebook Twitter Copy URL
Copied
'The United Kingdom is under an obligation to bring an end to its administration of the Chagos Archipelago as rapidly as possible, thereby allowing Mauritius to complete the decolonization of its territory,' says the International Court of Justice 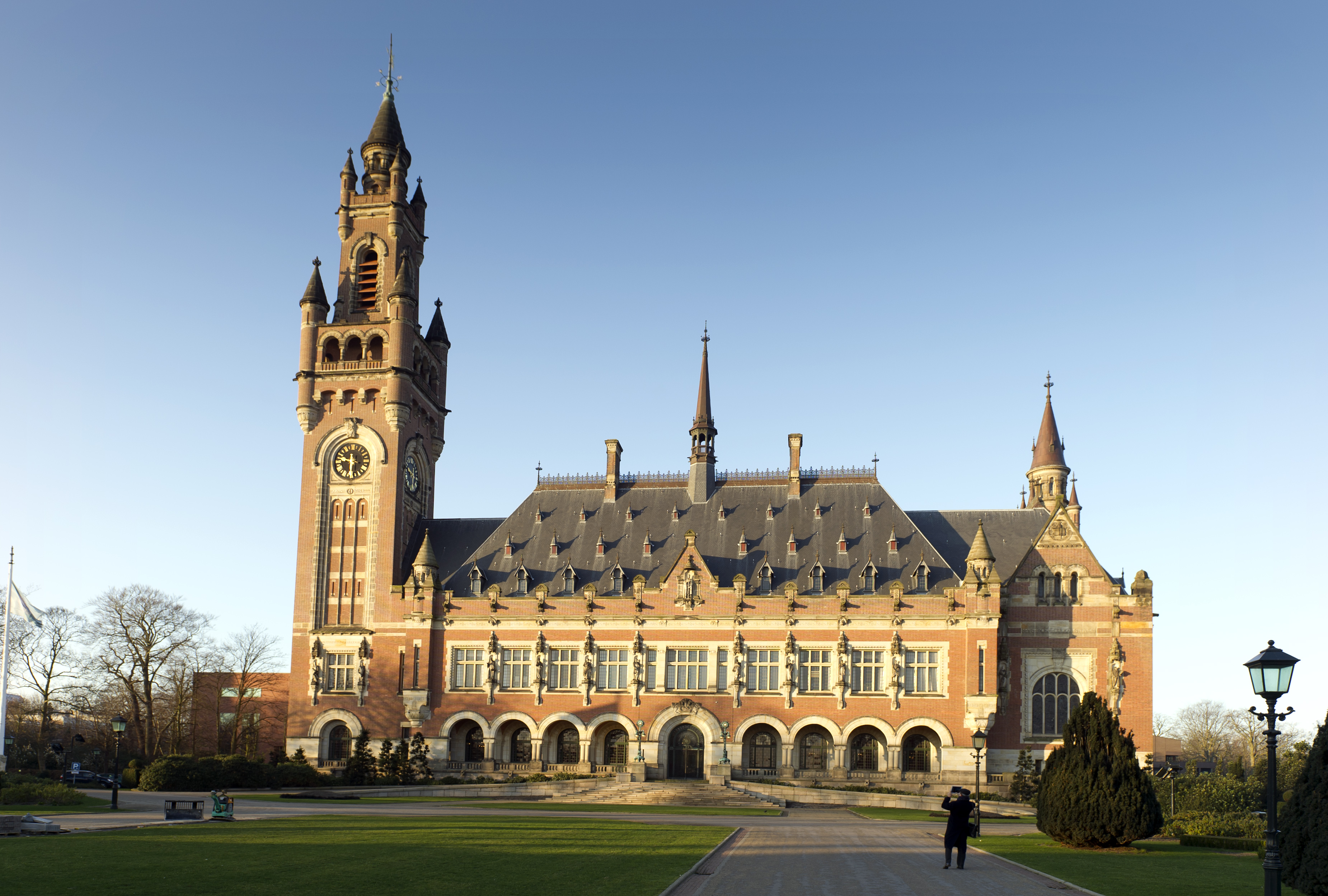 THE HAGUE, Netherlands – Britain should quickly give up control of the Chagos archipelago, the Indian Ocean islands that house the secretive US airbase at Diego Garcia but are claimed by Mauritius, the International Court of Justice (ICJ) said Monday, February 25.

Judges in The Hague said in a legal “advisory opinion” on a decades-old dispute that Britain had illegally split the islands from Mauritius at independence in the 1960s, after which thousands of islanders were deported.

The court’s view is not binding but it carries a heavy symbolic importance as it was specially tasked by the United Nations General Assembly to give its view on the row between London and Port Louis over the fate of the island chain.

It also comes as a stunning blow to London in a case that goes to the heart of historic issues of decolonization and current questions about Britain’s place in the world as it prepares to leave the European Union.

“The United Kingdom is under an obligation to bring an end to its administration of the Chagos Archipelago as rapidly as possible, thereby allowing Mauritius to complete the decolonization of its territory,” chief judge Abdulqawi Ahmed Yusuf said.

Then colonial power Britain split off the islands from Mauritius – which lies around 2,000 kilometers  away – 3 years before Port Louis gained independence in 1968.

Between 1968 and 1973 around 2,000 Chagos islanders were evicted, to Britain, Mauritius and the Seychelles, to make way for a huge base on Diego Garcia, the largest of the islands.

The evictions were described in a British diplomatic cable at the time as the removal of “some few Tarzans and Man Fridays.”

Diego Garcia is now under lease to the United States, playing a key strategic role in the Cold War before being used as a staging ground for US bombing campaigns against Afghanistan and Iraq in the 2000s.

The UN General Assembly in 2017 adopted a resolution presented by Mauritius and backed by African countries asking the ICJ to offer legal advice on the island chain’s fate and the legality of the deportations.

When judges heard the case in September, Mauritius argued that it was illegal for Britain to have broken up its territory while it was still the colonial power. Its case was backed by India.

Britain, while apologizing for the “shameful” way it evicted thousands of islanders, insisted Mauritius was wrong to have brought the case to the ICJ.

The United States meanwhile said the court had a “duty” not to take a position on the row.

The judges said by a majority that because Britain had split the Chagos Islands from Mauritius before independence “the process of decolonisation of Mauritius was not lawfully completed.”

The Chagos Islanders have already taken their battle through the courts in Britain, where their supporters included the current Labor opposition leader, Jeremy Corbyn.

The legal opinion is only the 28th since the ICJ was set up in 1946 in the wake of World War II to provide a tribunal to resolve disputes between UN member states.

Previous such opinions include one on Israel’s West Bank barrier in 2004, which judges said was illegal. – Rappler.com