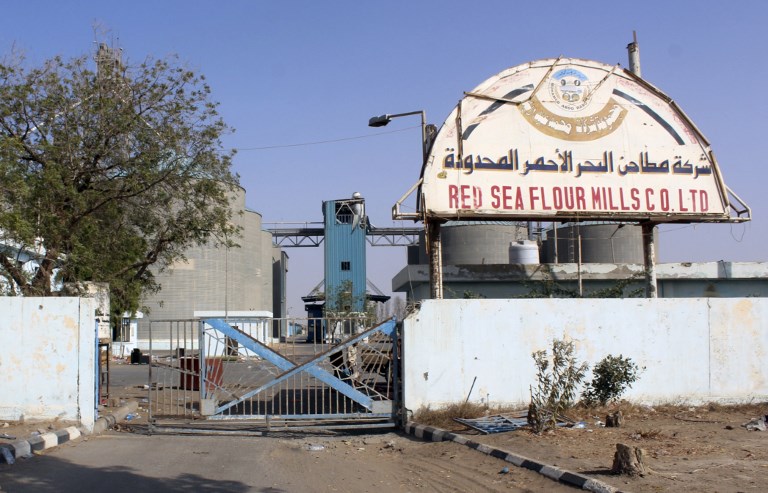 The United Nations had since September been unable to reach the Red Sea Mills, which are grain warehouses in a government-controlled area estimated to hold enough to feed 3.7 million people for a month.

UN Secretary-General Antonio Guterres told a donor conference in Geneva that he had “good news” from Yemen.

“Finally it was possible for us to reach the Red Sea Mills.”

A spokesman for the UN’s World Food Programme told Agence France-Presse that an evaluation mission reached the warehouses near the western port city of Hodeida.

“We hope to be able to begin using this site again as soon as possible,” Herve Verhoosel said.

The mission follows an agreement struck on February 17, in which the sides in Yemen’s conflicts agreed to redeploy their fighters outside the ports and away from areas crucial to the humanitarian relief effort.

The news that access had been possible came as the UN urged countries to provide unprecedented levels of support to help Yemenis caught up in the world’s worst humanitarian crisis.

The UN has said that $4.2 billion is needed to provide relief to more than 21 million people across Yemen, where 80% of the population is estimated to need assistance.

Guterres, who described the situation in Yemen as “an overwhelming humanitarian calamity” with some 10 million people on the verge of famine, hailed the generosity of donor states.

By early afternoon he told reporters that $2.6 billion in pledges had been made.

“Today’s pledging conference can be considered a success,” he said, adding that donors had already pledged 30% more than during last year’s conference.

He pointed in particular to significant donations from Saudi Arabia and the United Arab Emirates, the two main countries in a coalition supporting the government side in Yemen’s conflict.

He did not provide specific numbers, but Saudi Arabia announced it had pledged an additional $500 million, adding that this brought its backing of humanitarian assistance in Yemen to more than $14 billion since 2014.

The Doctors Without Borders charity raised questions about the fact that some of the main donors to humanitarian aid in Yemen are also responsible for fuelling the conflict.

“Ultimately, Yemen’s humanitarian crisis can only be resolved when donor governments end their involvement in the war and hold the warring parties accountable for their atrocious conduct endangering the lives of millions,” Charles Gaudry, program manager for MSF in Yemen, said in a statement.

Guterres denied that it was problematic to receive so much funding from major parties in the conflict.

“The distribution will impact those areas controlled by the government, and areas controlled by (the opposition) without any discrimination, and these conditions were accepted by all the donors,” he said, adding: “I don’t think there is any contradiction.”

The conflict has since killed around 10,000 people – most of them civilians – and left more than 60,000 wounded, according to the World Health Organization.

According to the UN appeal published Tuesday, 14.3 million of Yemen’s inhabitants are in acute need of assistance, and Guterres stressed the particularly heavy burden on children.

“Children did not start the war in Yemen, but they are paying the highest price,” he said.

Around 360,000 children in the country are suffering from severe malnutrition, and Guterres pointed to a “credible” report issued by Save the Children last November, indicating that more than 80,000 children under the age of 5 may have died of starvation since 2015. – Rappler.com