Pedophile scandals in the Catholic Church 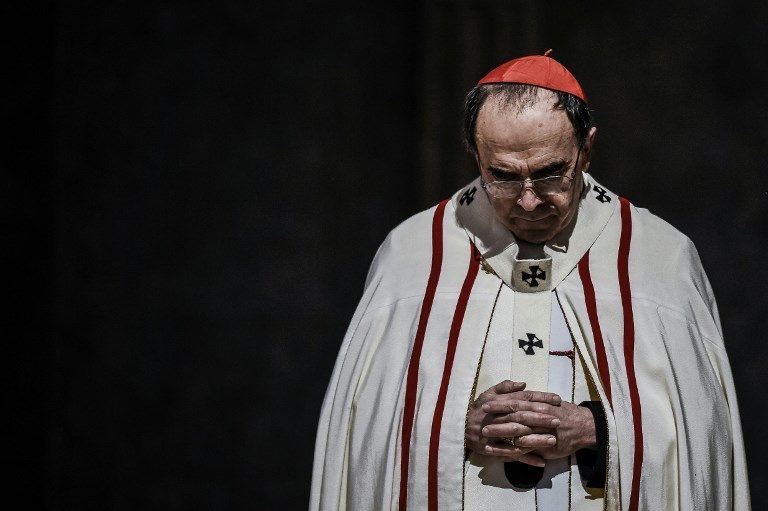 PARIS, France – The Catholic Church has been shaken by a string of pedophile scandals, most recently in Australia where one of Pope Francis’s closest advisors has been found guilty of sexually assaulting two choirboys.

At the weekend the pontiff closed an historic Vatican summit on sexual abuse by priests, vowing to deal with every case of abuse “with the utmost seriousness”.

Here is a rundown of some of high-profile cases:

In February Pope Francis defrocked a former cardinal in a first for the Roman Catholic church over accusations American Theodore McCarrick, 88, sexually abused a teenager 50 years ago.

McCarrick, who resigned from the Vatican’s College of Cardinals in 2018, was found guilty in January by a Vatican court.

A grand jury investigation into dioceses in Pennsylvania published in 2018 threw light on sexual abuse systematically covered up by the Church by “over three hundred predator priests,” and more than 1,000 child victims were identifiable.

Experts speaking at the Vatican said in 2012 the number of abused American minors is probably close to 100,000.

Several senior church members in the US have been forced to resign for protecting pedophile priests, including the late cardinal Bernard Law.

In Chile, probes have been opened for sexual assault within the clergy since the 1960s concerning 167 clerics and laymen, including 7 bishops and 96 priests.

The cases involve 178 victims, including 79 minors.

During a visit to Chile in 2018, Pope Francis stirred controversy by supporting bishop Juan Barros, accused of covering up for pedophile priest Fernando Karadima during the 1980s and 1990s.

Francis later apologized and invited some victims to Rome as well as summoning all Chile’s bishops, who then presented their resignations. The pontiff has accepted 7 of those, including Barros.

A Melbourne jury unanimously found Cardinal George Pell, 77, guilty in 2018 on one count of sexual abuse and 4 counts of indecent assault against two boys at Saint Patrick’s Cathedral in Melbourne in the 1990s.

Pell, then archbishop, was accused of cornering the boys in the cathedral after mass and forcing them to perform a sex act on him.

The verdict was reached in December but was only announced on February 26 after a wide-ranging suppression order was lifted.

In 2018 the Vatican announced the departure of Philip Wilson, the archbishop of Adelaide found guilty of failing to report allegations against notorious pedophile priest Jim Fletcher in the 1970s.

Wilson was sentenced to a year in detention.

Since 2010 hundreds of cases of sex abuse against minors in religious institutions have emerged in Germany.

The most high-profile involve the Jesuit-run Canisius college in Berlin and a choir in Ratisbonne, southern Germany. In the latter case at least 547 children were allegedly victims of abuse, including rapes, between 1945 and the 1990s.

In 2018 the German Bishops’ Conference published a report saying 1,670 clergymen committed some sexual attack against 3,677 minors, mostly boys, between 1946 and 2014. Most have not been punished.

Accusations of child abuse in Ireland’s Catholic institutions date back decades, with the number of underage victims estimated at 14,500. Several bishops and priests accused of covering up abuse have been punished.

During his visit to Ireland in 2018 the Pope met a victim of Catholic priest Tony Walsh, who sexually assaulted children for more than two decades before being defrocked and jailed.

On March 7 a French court will rule in the trial of Cardinal Philippe Barbarin and 5 former members of the diocese of Lyon for allegedly covering up for a priest, Bernard Preynat, accused of abusing around 70 scouts between 1986 and 1991.

The case is the subject of the film “By the Grace of God”, which won the jury prize at the 2019 Berlin film festival. – Rappler.com