Feb 28, 2019 5:19 PM PHT
Agence France-Presse
Facebook Twitter Copy URL
Copied
The investigators specify that there are reasonable grounds to believe that Israeli troops killed and injured Palestinians 'who were neither directly participating in hostilities, nor posing an imminent threat' 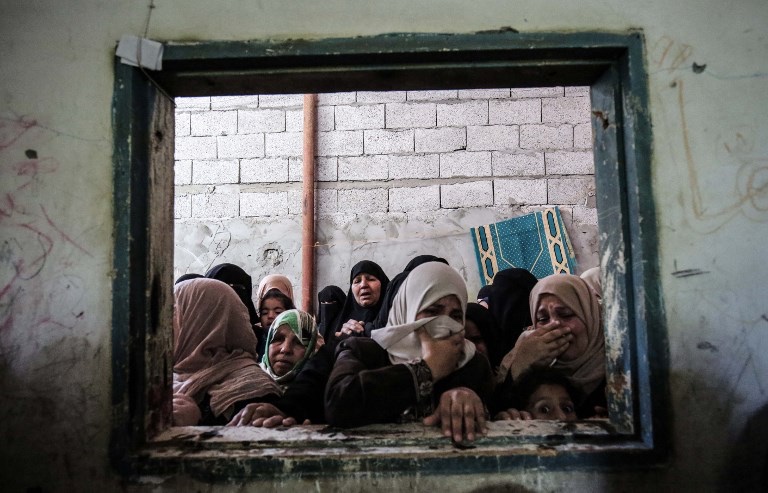 GENEVA, Switzerland – There is evidence that Israel committed crimes against humanity in responding to 2018 protests in Gaza, as snipers targeted people clearly identifiable as children, health workers and journalists, a UN probe said Thursday, February 28.

“Israeli soldiers committed violations of international human rights and humanitarian law. Some of those violations may constitute war crimes or crimes against humanity,” the chair of the UN Independent Commission of Inquiry on the protests in the Occupied Palestinian Territory, Santiago Canton, said in a statement.

The inquiry, set up by the UN Human Rights Council, investigated possible violations from the start of the protests on March 30, 2018 through to December 31.

“More than 6,000 unarmed demonstrators were shot by military snipers, week after week at the protest sites,” it said.

“The Commission found reasonable grounds to believe that Israeli snipers shot at journalists, health workers, children and persons with disabilities, knowing they were clearly recognizable as such,” it said.

The investigators specified that there were reasonable grounds to believe that Israeli troops killed and injured Palestinians “who were neither directly participating in hostilities, nor posing an imminent threat.”

The UN team also dismissed claims by Israel that the protests were aimed to conceal acts of terrorism.

“The demonstrations were civilian in nature, with clearly stated political aims,” the statement said.

“Despite some acts of significant violence, the Commission found that the demonstrations did not constitute combat or military campaigns.”

The commission said it conducted 325 interviews with victims, witnesses and other sources, while reviewing more than 8,000 documents.

Investigators looked at drone footage and other audiovisual material, the commission said.

“The Israeli authorities did not respond to repeated requests by the Commission for information and access to Israel and to the Occupied Palestinian Territory,” the report said. – Rappler.com