Feb 28, 2019 8:25 PM PHT
Agence France-Presse
Facebook Twitter Copy URL
Copied
Libya has been torn between rival administrations and a myriad of militias since the NATO-backed overthrow and killing of dictator Moamer Kadhafi in 2011 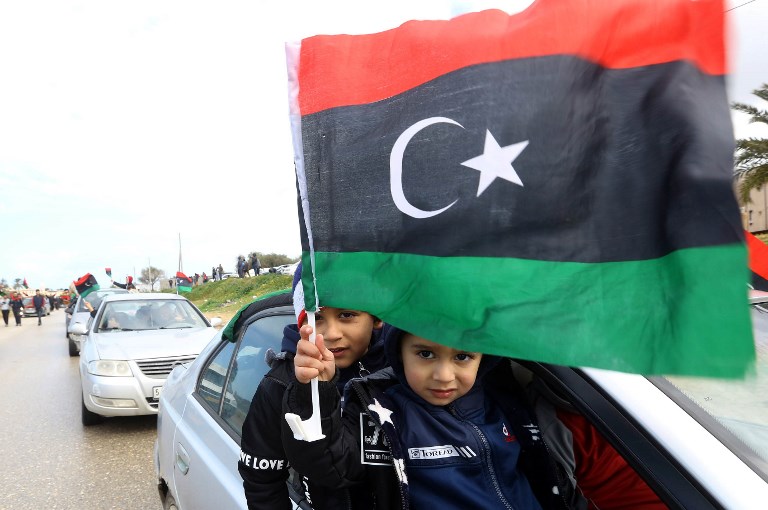 TRIPOLI, Libya – The head of Libya’s internationally recognized government and a military strongman who backs a rival administration in the country’s east have met and agreed to hold elections, the United Nations said Thursday, February 28.

Unity government leader Fayez al-Sarraj met Khalifa Haftar on Wednesday, February 27, in Abu Dhabi, where they agreed “on the need to end the transitional phase through general elections and on ways to preserve the stability of #Libya and unify its institutions,” the UN’s Libya mission UNSMIL tweeted.

Libya has been torn between rival administrations and a myriad of militias since the NATO-backed overthrow and killing of dictator Moamer Kadhafi in 2011.

Chief among them are Sarraj’s Government of National Accord, based in Tripoli, and an administration based in the east and backed by Haftar’s self-styled Libyan National Army.

The leaders had agreed to a Paris-brokered deal in May 2018 to hold a nationwide election by the end of the year.

But instability, territorial disputes and divisions in the oil-rich country delayed those plans.

Talks in Italy in November laid bare deep divisions between the key power brokers, with some delegates refusing to sit side by side and Haftar snubbing the main conference to organize separate talks with international leaders.

United Nations envoy Ghassan Salame told the UN Security Council last month that he was planning to organize a national conference inside Libya within weeks to pave the way for elections.

But analysts have warned that the UN’s efforts could be threatened after Haftar’s forces launched an offensive into the south in mid-January, aimed at rooting out “terrorists” and foreign fighters.

Powerful Tripoli-based militias have condemned Haftar’s operation as a power grab, although the GNA itself has not been as explicit in its opposition. – Rappler.com