Mar 1, 2019 8:25 AM PHT
Agence France-Presse
Facebook Twitter Copy URL
Copied
Billie Wayne Coble was convicted for the 1989 murders of 3 people – the parents and brother of his estranged wife, who had asked for a divorce 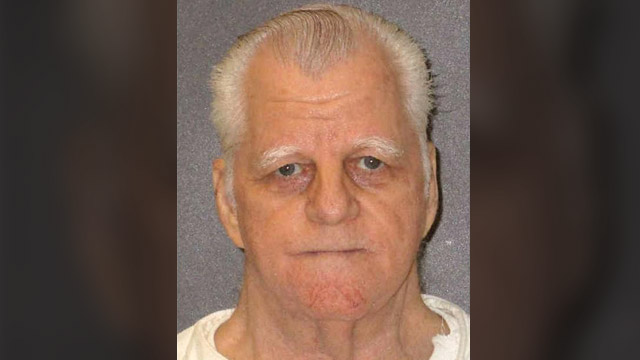 CHICAGO, USA – A 70-year-old convicted murderer is scheduled Thursday, February 28, to become the oldest man executed in Texas since the United States reinstated the death penalty.

Billie Wayne Coble was convicted for the 1989 murders of 3 people – the parents and brother of his estranged wife, who had asked for a divorce.

If the lethal injection is administered Thursday evening in the Texas death chamber in Huntsville, it would be the third this year in the United States and the second in the Lone Star state, which puts to death the most inmates.

A state official confirmed that Coble would be the oldest man executed in Texas since the US Supreme Court reinstated the death penalty in 1976. The oldest in the US was serial bomber Walter Moody, put to death last year in Alabama at the age of 83.

Inmates can languish on death row for decades as their cases wind through the courts.

There are nearly 30 condemned inmates in Texas who have been in prison more than 25 years, according to the Texas Tribune.

The US Supreme Court denied a last-minute appeal Thursday night.

Coble, a Vietnam War veteran, was convicted of killing his brother-in-law Bobby Vicha, who was a police officer in the city of Waco, and Vicha’s parents Robert and Zelda.

Prosecutors said he also tied up his children and Bobby Vicha’s son, and kidnapped his wife with the intention of raping and killing her. She escaped with her life after Coble crashed his car.

Bobby Vicha’s son JR, who was 11 years old at the time, told television station KXXV that he and his cousins were tied up for hours.

“Through the whole thing, I didn’t really know what was going on,” Vicha said.

“I was a prosecutor for 8 years, so every day I dealt with criminals,” he added. “I’ve never dealt with anybody that I thought was as bad or as evil as he is.”

In the latest unsuccessful appeal to the Supreme Court, Coble’s current attorney had claimed the convict’s trial lawyers did not present the defense he had wanted.

“Coble did not agree with his lawyers’ decision to drop altogether any semblance of a defense at the guilt phase” and concede his guilt, the court filing said.

In previous appeals, his lawyers focused on the sentencing phase of the trial, saying irregularities and faulty testimony did not allow for proper consideration of a lesser sentence.

The American Civil Liberties Union said this week that two experts who had testified in support of Coble getting the death penalty have since been discredited.

“That Coble will be executed on such discredited testimony is unconscionable,” the civil liberties group said.

“The example of his case already shows all who are willing to look why the death penalty is never justice.”

Twenty-five people were put to death last year in the US, more than half in Texas, according to the Death Penalty Information Center. – Rappler.com