Bangladesh tells U.N. it will no longer take in Myanmar refugees

Mar 1, 2019 9:40 AM PHT
Agence France-Presse
Facebook Twitter Copy URL
Copied
'Here, I regret to inform the council that Bangladesh would no longer be in a position to accommodate more people from Myanmar,' says Bangladesh Foreign Secretary Shahidul Haque 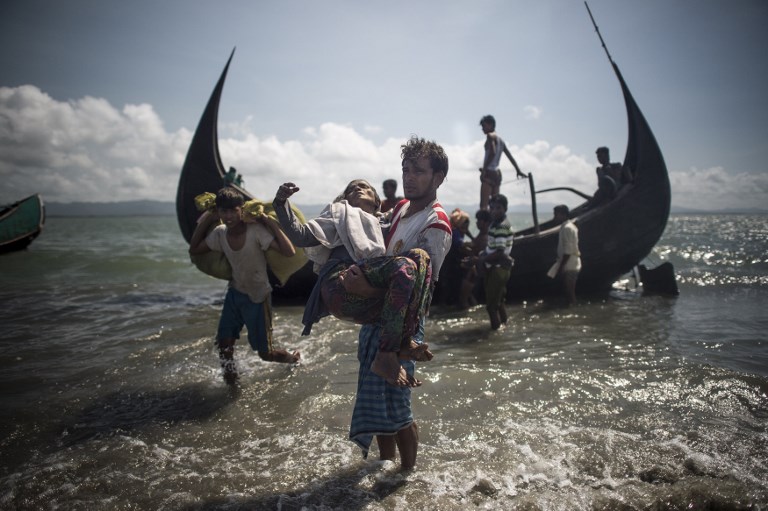 UNITED NATIONS, USA – Bangladesh told the UN Security Council on Thursday, February 28, that it will no longer be able to take in refugees from Myanmar.

Bangladesh Foreign Secretary Shahidul Haque told a council meeting that the crisis over the repatriation of hundreds of thousands of Rohingya sheltering in his country had gone from “bad to worse” and urged the council to take “decisive” action.

Around 740,000 Muslim Rohingya are living in camps in Bangladesh after they were driven out of Myanmar’s northern Rakhine state during a military campaign in 2017 that the United Nations has described as ethnic cleansing.

“Here, I regret to inform the council that Bangladesh would no longer be in a position to accommodate more people from Myanmar,” said Haque.

Under a deal reached with Bangladesh, Myanmar agreed to take back some of the refugees, but the United Nations insists that the safety of the Rohingya be a condition for their return.

“Is Bangladesh paying the price for being responsive and responsible in showing empathy to a persecuted minority population of a neighboring country?” asked the foreign secretary.

After 5 trips to Myanmar, UN envoy Christine Schraner Burgener reported “slow progress” in efforts to help hundreds of thousands of Rohingya return home and warned that Myanmar’s elections next year could worsen the crisis.

The Swiss diplomat, who was appointed in April as UN envoy for Myanmar, said UN agencies had been given “insufficient” access to help prepare the return of the Rohingya.

Myanmar’s Ambassador Hau Do Suan insisted his government was taking steps and appealed for patience.

He spoke of “huge physical as well as psychological barriers” in the way of allowing the refugees’ return and stressed that “it takes time and patience as well as courage to build trust and confidence among different communities in Rakhine.”

China, which has close ties with Myanmar’s former military junta, insisted that development aid could help ease tensions in Rakhine and made clear the council should not get involved in addressing the refugee crisis.

“It is up to the two countries to work out a solution,” said Chinese Deputy Ambassador Wu Haitao.

In December, Britain circulated a draft resolution that would have forced Myanmar to roll out a strategy for addressing the Rohingya crisis, but China threatened to veto the measure, according to diplomats.

“We are very disappointed that there hasn’t been more progress on getting the refugees back,” said British Ambassador Karen Pierce.

“The scale of what has been done to the Rohingya Muslims and the allegations of crimes against humanity really mark this out as one of the most terrible events of this century so far,” said Pierce.

The UN envoy warned that the election campaign “could add to the domestic complexities” in Myanmar, which is still struggling with a democratic transition after 50 years of military rule.

Myanmar’s de facto civilian leader Aung San Suu Kyi, who has been criticized for failing to speak out to defend the Rohingya, is seeking to consolidate her position ahead of the 2020 vote.

Myanmar’s military dominates the Buddhist-majority nation, holding a quarter of seats in parliament and controlling three ministries, making their grip on power firm despite political reforms which began in 2011. – Rappler.com