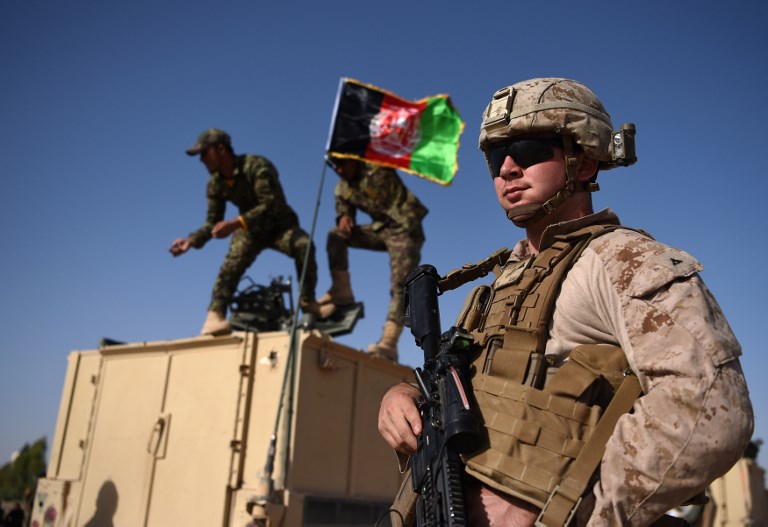 KANDAHAR, Afghanistan – A Taliban attack on a US-Afghan base was repelled in southeast Afghanistan, officials said Friday, March 1, as fighting continues in the war-torn country amid a pause in ongoing peace talks between the insurgents and American negotiators in Doha.

The militants launched the pre-dawn assault on Shorab military base in Helmand province – where an unspecified number of US troops are also stationed – engaging in heavy firefights with Afghan forces.

“Right now, the Afghan commando forces are carrying out a clean-up operation in the area,” said Omar Zwak, a spokesman for the provincial governor.

Provincial and defense officials said at least 4 attackers were killed in the skirmish.

Butler later added that reports indicated “Taliban fighters were initially able to gain access to the Afghan base but were stopped by Afghan forces”.

The Taliban control or contest more than half of Helmand’s districts and regularly deliver heavy blows to Afghan forces, who have been struggling to hold off insurgents across Afghanistan since taking the lead from NATO forces in late 2014.

The assault on Shorab comes as US and Taliban negotiators in Doha have temporarily halted peace talks, which are set to restart over the weekend.

US special envoy Zalmay Khalilzad called the latest meetings in the months-long diplomatic push “productive”, saying the two sides “will take the next two days for internal deliberations, with plans to regroup on Saturday”.

Heavy snowfall across large swathes of Afghanistan has led to a sharp reduction in violence this winter, but warmer weather in the country’s south will likely lead to an increase in bloodshed with the arrival of the spring fighting season.

Analysts have warned that the Taliban are likely to ramp up attacks this spring as they attempt to maintain momentum on the battlefield and leverage at the negotiating table.

Afghan forces, however, claim to be taking the fight to the insurgents, with the Ministry of Defence saying more than 100 “terrorists” have been killed in recent days in various operations across the country.

The US has also intensified its air campaign against the Taliban and Islamic State, dropping twice as many munitions on insurgent positions in 2018 compared to the previous year. – Rappler.com