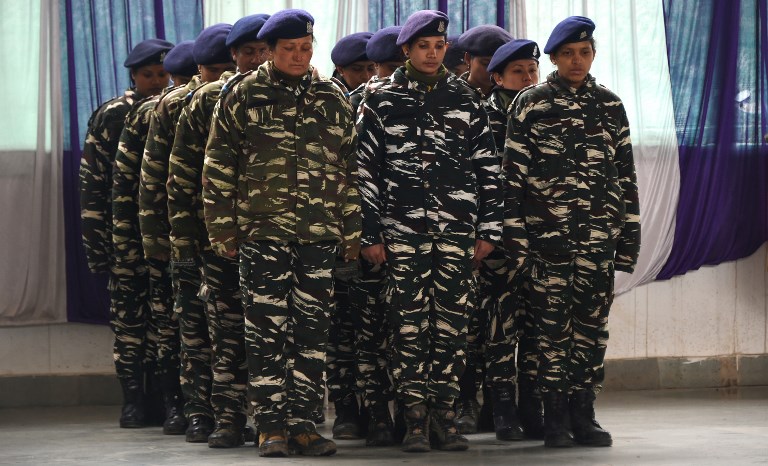 NEW DELHI, India – A furious backlash erupted in India Saturday, March 2 over a video of an Indian pilot shot down by Pakistan praising his captors, as deadly tensions simmered between the neighbors with fierce shelling across their Kashmir frontier.

Wing Commander Abhinandan Varthaman, whose MiG fighter was shot down Wednesday as he chased Pakistani jets over disputed Kashmir, crossed over at the Wagah frontier late Friday several hours after the scheduled time.

His capture had become the centrepiece of hostilities between the arch-rivals after a February 14 suicide bombing in Kashmir killed 40 Indian paramilitaries.

Abhinandan, who ejected to safety but was set upon by a crowd on the Pakistani side of the Kashmir ceasefire line, had a noticeable black eye and was immediately taken for a medical checkup before a debriefing by military and intelligence agencies.

Media reports said Abhinandan’s return to India had been held up because the pilot was forced to make the video before getting his freedom.

In the heavily edited video distributed by the Pakistani military just before his release, he praised the professionalism of the Pakistani army and criticized Indian media for creating war hysteria.

“The army personnel saved me from the mob. The Pakistani army is very professional and I am impressed by it,” he said.

Omar Abdullah, a former chief minister of Jammu and Kashmir state, said the video tainted Pakistan’s gesture to return the pilot so quickly.

“Sadly the image you paint for us is marred terribly by the video he’s forced to record just before you sent him back,” Abdullah said on Twitter.

“That high moral ground you had bequeathed to yourselves slipped at the end.”

Indian media slammed the video as “distasteful” and said it breached international norms for prisoners of war.

“There is no peace without dignity and Pakistan just forgot that basic lesson in violation of Geneva convention,” wrote Rajdeep Sardesai, a top editor with the India Today group.

India’s feverish social media also slammed the video, which was tweeted by the Pakistan government but later taken off its official account.

“There was no pressure on Pakistan to release him nor any compulsion,” he told BBC Urdu.

Pakistan media praised the government for releasing the pilot, with lawyer Shahzaib Khan writing in the Express Tribune that Prime Minister Imran Khan had “done Pakistan proud by not engaging in chest thumping or war-mongering for political gain.”

Some social media users though criticized the military video, calling it “cheap” and “unnecessary.”

“Not a good idea. This will backfire,” said Gul Bukhari, a prominent critic of the government and the powerful military.

Abhinandan was captured a day after Indian planes bombed what New Delhi said was a militant camp in Pakistan, in retaliation for the Kashmir suicide bombing claimed by a Pakistan-based militant group.

The end of the air raids did not stop more violence raging in Kashmir, with both sides firing mortars and artillery over the frontier Saturday.

Two Pakistani army soldiers were killed in Nakiyal sector in one cross border exchange of fire, the Pakistan military said.

At least 12 civilians have been killed on either side of the frontier since the start of the week, including a mother and her two children whose house was pulverised by a mortar shell on the Indian side on Friday.

Two civilians on the Pakistan side have also been killed since Friday afternoon.

Five Indian security personnel were killed Friday in a gunfight after troops laid siege to a house where militants were hiding in Handwara district – Rappler.com