Mar 3, 2019 6:09 PM PHT
Agence France-Presse
Facebook Twitter Copy URL
Copied
The Syrian Observatory for Human Rights said it was not the first release of ISIS-linked prisoners by Kurdish authorities, but the number was particularly large this time 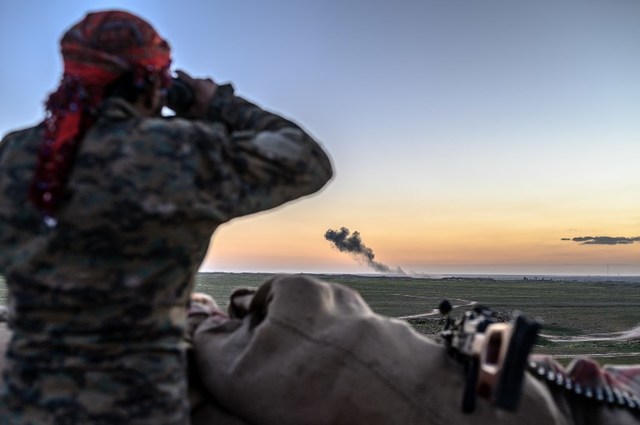 BEIRUT, Lebanon – Nearly 300 Syrians suspected of belonging to the Islamic State jihadist group have been freed because they have “no blood on their hands,” Kurdish authorities who were holding them said.

Their release was announced late Saturday, March 2 by the semi-autonomous Kurdish administration of northern Syria, which said in a statement that 283 Syrians had been set free.

Tribal chiefs and other local officials had lobbied for their release.

The statement said they were men who “have no Syrian blood on their hands,” suggesting that they did not take part in any fighting.

“They had lost their way… violated the traditions of the Syrian society and the law, and some of them had been deceived… but they remain our Syrian children,” it said.

Releasing them is a gesture of “cooperation, fraternity and clemency,” said the statement posted on the website of the US-backed, Kurdish-led Syrian Democratic Forces (SDF).

The prisoners were released in several areas of northern Syria held by Kurds, including the city of Raqa, which was the de facto Syrian capital of the IS [Islamic State] “caliphate,” the statement added.

The Syrian Observatory for Human Rights, a Britain-based war monitor, said it was not the first release of ISIS-linked prisoners by Kurdish authorities, but the number was particularly large this time.

The SDF are holding hundreds of alleged foreign jihadists, as well as women and children related to suspected IS members.

Syria’s Kurds have long urged their home countries to take the detainees back, but nations have been reluctant.

Kurds have played a key role in battling ISIS in Syria. The SDF have now cornered the jihadists in their last stretch of territory near the border with Iraq in a final bid to flush them out.

In November 2013, Kurdish groups in Syria announced the establishment of a semi-autonomous region divided into 3 zones, following victories against rebels and jihadists. – Rappler.com