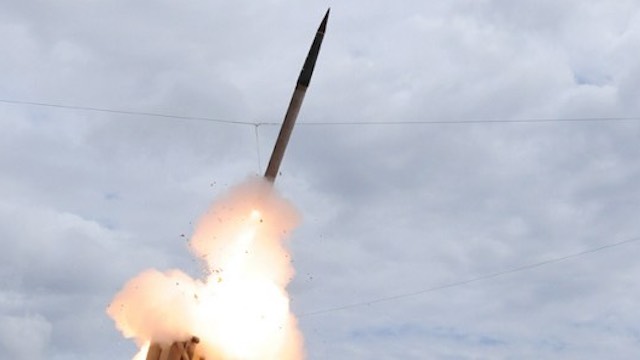 JERUSALEM – The United States has deployed its advanced THAAD  missile defense system temporarily to Israel for a joint military exercise, the first of its kind, officials said Monday, March 4.

The two countries confirmed the deployment, with Israel’s military stressing it was “not related to any specific current event.”

It is the first such exercise in Israel, although the two allies hold regular joint war games. No dates have been announced for the maneuvers.

Israel has its own missile defense system, but the exercise aims in part to examine how to incorporate THAAD so that “we are ready for any challenges in the future,” military spokesman Jonathan Conricus said.

It will also allow the US military to practice the rapid deployment of THAAD across the globe, officials said.

“We see this as an opportunity to practice the integration of advanced American air defense systems into the Israeli air force air defense array,” Conricus told journalists.

“The THAAD system is considered to be one of the most advanced of its kind in the world,” the Israeli spokesman said.

The exercise with THAAD, or Terminal High Altitude Area Defense, involves more than 200 US military personnel and its components include radars and launching systems, Conricus said.

Components and personnel have come from the United States and Italy, Conricus said.

The THAAD will be deployed in southern Israel, but officials declined to say specifically where and for how long.

Israel’s enemies in the region include Iran and Lebanon’s Tehran-backed Hezbollah, both of which are supporting President Bashar al-Assad in neighboring Syria.

THAAD is capable of destroying short, medium and intermediate-range missiles.

In 2017, the US government approved its sale to Saudi Arabia, providing Riyadh with state-of-the-art capabilities that could thwart an Iranian rocket attack.

It had already been supplied to Saudi Arabia’s neighbors Qatar and the United Arab Emirates.

Its deployment by the US military in South Korea as defense against North Korean drew protests from Beijing, which feared its sensors would be capable of penetrating Chinese air space and upset the balance of power.

Israeli Prime Minister Benjamin Netanyahu welcomed the joint exercise, calling it “additional testimony to the commitment of the US to the security of Israel.” – Rappler.com