Mar 5, 2019 12:07 AM PHT
Agence France-Presse
Facebook Twitter Copy URL
Copied
The photographer, widely known as Shawkan, faces 5 years of strict supervision and will be required to spend every night sleeping at his local police station, but he vows to resume his work 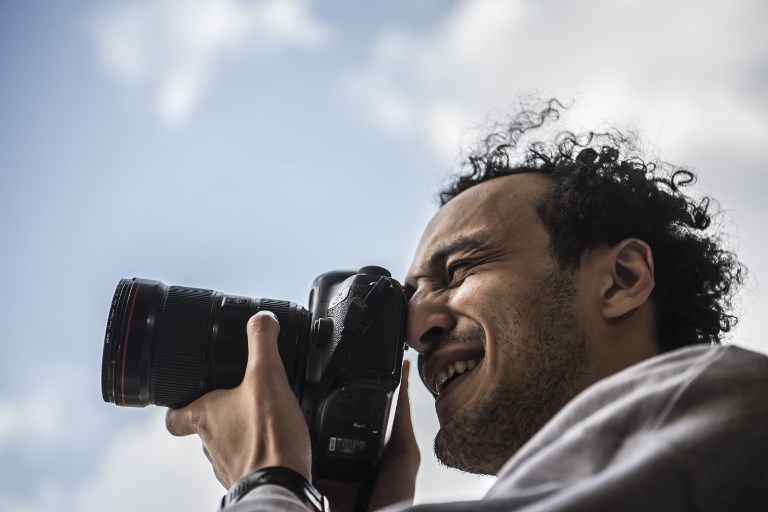 The photographer, widely known as Shawkan, faces 5 years of strict supervision and will be required to spend every night sleeping at his local police station, but he vowed to resume his work.

Last year Shawkan received UNESCO’s World Freedom Prize for his “courage, resistance and commitment to freedom of expression,” dismaying the Egyptian authorities who accused him of “terrorist and criminal acts.”

Speaking at his home in Giza, he said the first moments of his release felt “as if I was flying.”

Imprisonment “was an experience that I can never forget,” the 31-year-old told Agence France-Presse.

“It’s bitter but it lets one look at life from a different perspective, a new perspective that one can’t see except from this place,” he said.

He is determined to return to his career despite the restrictions placed on him, saying: “I will continue my work as a photojournalist in Egypt.”

His mother fears his journalism will expose him to more risk.

“As a mother I always urge him to stay out of trouble… but he always says journalism is in my blood,” said 61-year-old Reda Mahrous.

The Committee to Protect Journalists called on the Egyptian authorities “to end their shameful treatment of this photojournalist by removing any conditions to his release”.

Shawkan said he would take legal steps to try to end the restrictions.

He was detained in August 2013 while covering clashes between security forces and supporters of ousted Islamist president Mohamed Morsi that turned into a bloodbath in which hundreds of demonstrators died.

“We were arrested in the first 30-40 minutes (after the clashes started). We were stripped of our equipment,” he said.

“The others were released two hours later … I left my home to take photos and I didn’t return for 5 and half years.”

– ‘Doing his job’ –
Shawkan was put on trial along with 739 defendants, most of them charged with killing police and vandalizing property.

It was one of the largest mass trials since the 2011 uprising that toppled veteran president Hosni Mubarak.

In September an Egyptian court upheld death sentences against 75 defendants and gave Shawkan a five-year jail term – which covered the time he had already served – but he remained in jail awaiting his release.

Shawkan was accused of “murder and membership of a terrorist organization” – charges that can carry the death penalty – sparking condemnation from international rights groups which demanded his release.

Amnesty International said at the time he had been convicted “simply for doing his job as a photojournalist and documenting the police brutality that took place that day.”

Amnesty hailed his release but denounced “the ludicrous probation measures” which will require him to spend the night at a police station for the next 5 years.

Another 214 people who were sentenced in September to 5 years in prison were freed from prison on Monday.

President Abdel Fattah al-Sisi, a former army chief, was elected in 2014 nearly a year after leading the military’s overthrow of Morsi following mass protests against the Islamist’s year-long rule.

Sisi, who critics say has carried out a widespread crackdown on dissent, was re-elected in March 2018 after securing more than 97% of the vote in the absence of any serious competition.

Reporters Without Borders (RSF) ranks Egypt 161st out of 180 countries on its press freedom index.

More than 30 journalists are still in prison in Egypt according to the rights group. – Rappler.com