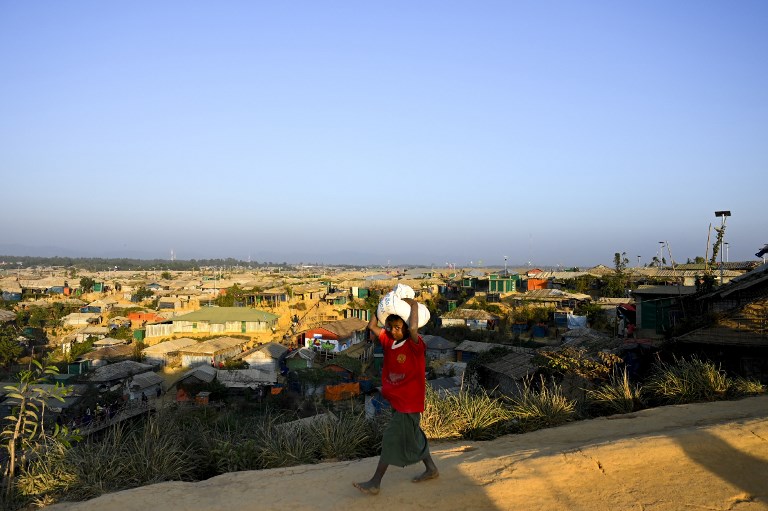 DHAKA, Bangladesh – A team from the office of the International Criminal Court prosecutor was in Bangladesh on Wednesday, March 6, for a preliminary probe into alleged atrocities committed against the Rohingya by the Myanmar military in 2017.

A statement emailed to Agence France-Presse from the ICC confirmed the tour – the maiden official visit by the ICC – but said it was part of the prosecutor office’s “ongoing preliminary examinations concerning the situation in Bangladesh/Myanmar.”

“The independent and impartial preliminary examination of the situation in Bangladesh/Myanmar is on-going and following its normal course,” it added.

A Bangladeshi official said the ICC would visit Rohingya camps in the country’s southeastern district of Cox’s Bazar where some 740,000 Rohingya took refuge after they fled a brutal military crackdown in late 2017.

In September, the ICC prosecutor opened a preliminary probe into Myanmar’s alleged crimes against the Rohingya Muslim minority, including killings, sexual violence and forced deportations.

A preliminary examination can lead to a formal investigation by the ICC – which was set up in 2002 to investigate war crimes and crimes against humanity – and then possible indictments.

Prosecutor Fatou Bensouda will look at whether there is enough evidence to warrant a full investigation into Myanmar’s military offensive.

Bensouda said in a statement at that time that the initial probe “may take into account a number of alleged coercive acts having resulted in the forced displacement of the Rohingya people, including deprivation of fundamental rights, killing, sexual violence, enforced disappearance, destruction and looting.”

She is not a part of the visiting team, her office said.

The move comes after judges ruled that even though Myanmar has not signed up to the Hague-based ICC, the court still has jurisdiction over crimes against the Rohingya because Bangladesh is a member.

Last week the Organisation of Islamic Cooperation – of which Bangladesh is a member – in a meeting in Abu Dhabi unanimously adopted a resolution to move at the International Court of Justice (ICJ) for establishing the legal rights of the Rohingya and addressing the question of accountability and justice, Dhaka’s foreign ministry said.

“The resolution to pursue a legal recourse through the ICJ came after a long series of negotiations to seek accountability for crimes committed against humanity and gross violation of human rights in the case of the Rohingyas in Myanmar,” it said.

Myanmar’s army has denied nearly all wrongdoing, insisting its campaign was justified to root out Rohingya insurgents who staged deadly raids on border posts in August 2017. – Rappler.com