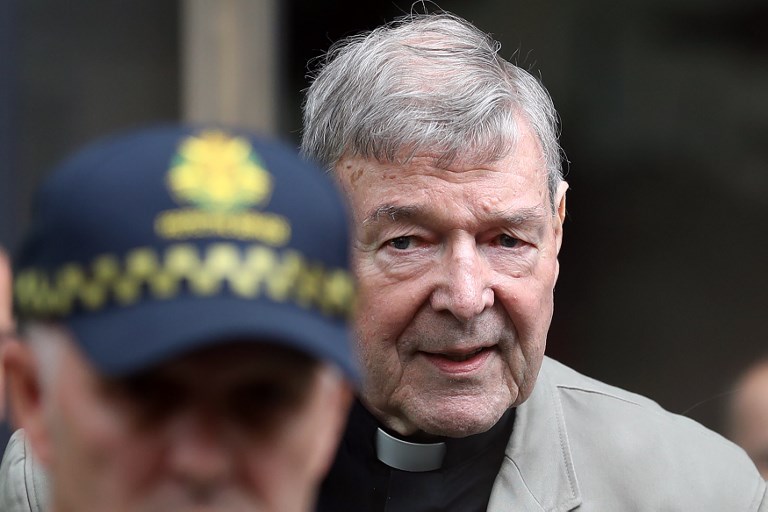 MELBOURNE, Australia – Convicted Australian Cardinal George Pell faced a fresh legal challenge Thursday, March 7, after a civil suit was filed against him for further alleged abuse in the 1970s.

Pell – the most senior Vatican official to be found guilty of child sex crimes – is currently in detention awaiting sentencing for assaulting two choirboys in Melbourne in the 1990s.

He maintains his innocence and an appeal is scheduled for June.

Pell had also faced trial on charges of abusing boys in a swimming pool in his home town of Ballarat in Victoria state, decades before, but the case was dropped by Australian prosecutors after his conviction.

Local media had reported one alleged victim in the Ballarat case was upset the criminal case was dropped and planned to take civil action.

Victoria Supreme Court officials said Thursday that the plaintiff – who cannot be named for legal reasons – lodged the suit Wednesday, March 6, against Pell, authorities in Victoria, child services and the Sisters of Nazareth which ran the boys’ home where he lived at the time.

The court did not release further details of the suit.

Pell has been accused of fondling the boy’s genitals while playing a game in the swimming pool.

Pell’s lawyers had argued that the alleged victim, now aged around 50, lied and that if there was touching, it was purely accidental.

The plaintiff is seeking damages for psychiatric injury, loss of wages and medical expenses, The Australian newspaper reported. – Rappler.com