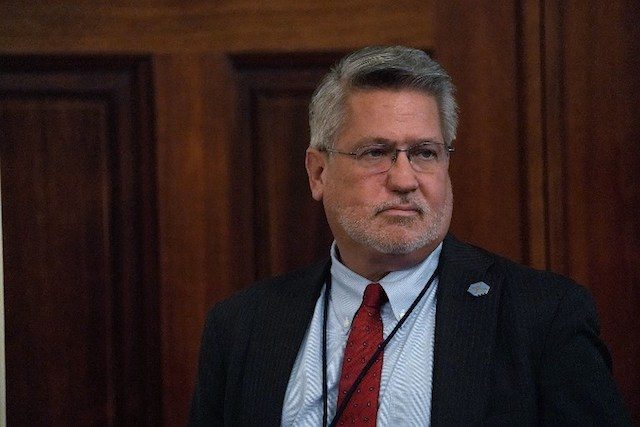 Sanders didn’t go into Shine’s reasoning but said he continued to support Trump and his agenda and would be a senior advisor to the 2020 re-election campaign.

Shine, 55, was appointed co-president of Fox News in August 2016, following the abrupt resignation of its chief Roger Ailes in the face of a sexual harassment lawsuit.

Shine resigned from the US television network less than a year later over questions concerning his handling of the Ailes case and accusations that he had helped cover up alleged misbehavior.

His resignation comes as accusations mount over Trump’s closeness to the network, whose prime time star anchor Sean Hannity served as an informal advisor to the then-candidate during the 2016 election campaign.

An article in this week’s New Yorker magazine suggested Fox was a “propaganda” vehicle for Trump and alleged that in 2016, the network went so far as killing a story about the president’s alleged affair with a pornographic film actress.

The Democratic Party responded by banning the network from hosting any of its primary candidates, after published revelations suggested it was a “propaganda” vehicle for Trump.

“Recent reporting in the New Yorker on the inappropriate relationship between President Trump, his administration and Fox News has led me to conclude that the network is not in a position to host a fair and neutral debate for our candidates,” he added in a statement to The Washington Post.

The New Yorker piece detailed how Trump has given dozens of interviews to Fox and repeatedly tweets claims that have been made on the popular cable news network, owned by media magnate Rupert Murdoch.

Trump often refers to Fox’s rivals CNN and MSNBC, as well as The New York Times and The Washington Post, as “fake news.” – Rappler.com