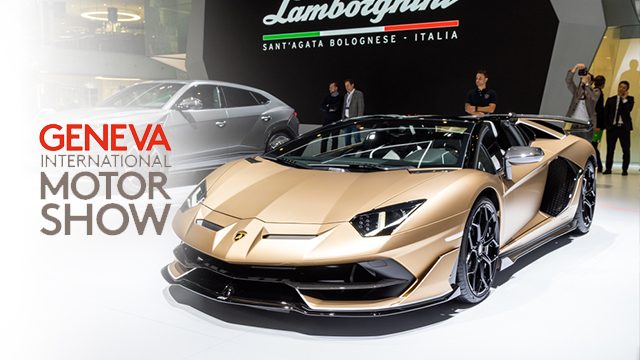 Facebook Twitter Copy URL
Copied
New Chinese players come out in force this year in Europe's biggest annual car show, which has typically been a showcase for luxury cars from historic manufacturers

Europe’s biggest annual car show, which opens to the public on Thursday, March 7, has typically been a showcase for luxury cars from historic manufacturers, but this year new Chinese players have come out in force.

State-run giant Beijing Automotive (BAIC), China’s fifth largest automaker, has turned up in Switzerland with its small electric and hybrid unit BJEV, which is partially owned by Daimler.

Nearby, Chinese start-up Aiways, founded just two years ago, is meanwhile showing off a fully electric and hyper-connected SUV that it wants to see compete against far pricier high-end German models.

Aiways only counts around 1,000 employees, but it aims to play in the big leagues.

It has reached deals with Siemens and Bosch and has hired Roland Gumpert – the designer of Audi’s Quattro of 1980s rally fame – as its new product chief.

“Commercialization will begin in China in late 2019 and in Europe in 2020,” Gumpert said in Geneva.

The group has a factory in China capable of pushing out 150,000 vehicles a year, with the possibility of doubling that number.

“I think that the participation of Chinese auto companies in international auto shows in Europe or North America will allow them to promote their brand internationally,” said Cui Dongshu, secretary-general of the China Passenger Car Association (CPCA).

This “gives them an opportunity to understand other international brands,” he said, adding that coming to Geneva also offers a chance “to test the international consumers’ recognition of Chinese products.”

Chinese automakers at the Geneva show therefore appear to be on a scouting mission of sorts, as the industry back home declares its international ambitions.

A year ago, Lynk&Co – a brand created in 2016 by China’s Geely, which also owns Swedish Volvo – confirmed its ambition to release electric models in Europe in 2020.

The cars, it said, would be designed in China but made in Belgium, with the aim eventually of conquering the Holy Grail: the US market.

And the audacious Shanghai start-up NIO, a declared rival of Tesla, even sped onto Wall Street last September: After launching an electric SUV model in China, the company has set its sights on commercializing its ultra-sophisticated vehicles in the US starting next year.

And BYD, another Chinese electric vehicle company, already has wheels down in Europe with a range of “clean-fuel” buses.

The group last year received a permit to build an assembly factory for its electric buses in northern France, and is planning to enter markets on both sides of the Atlantic with new electric car models.

For all of these companies, electric appears to be the passport needed to break into Western markets and to counter suddenly slumping domestic sales.

China is by far the world’s biggest car market, and for years, sales there appeared to be on a constant upward trajectory.

Sales of electric vehicles and hybrids have meanwhile continued to swell, jumping 62% last year. Yet they still make up just 4% of overall vehicle sales in China.

With significant support from Beijing, Chinese companies have gotten a head start in the electric market over most historic carmakers.

Tesla remains in the lead, but is followed by 3 Chinese brands, BAIC, BYD and Zotye, according to Jato Dynamics.

And yet, the road to commercialization in Europe and the United States is strewn with speed bumps, including draconian regulations and of course tariffs along with other barriers used as ammunition in ongoing trade wars.

“For the time being, it remains difficult for independent Chinese electric vehicle enterprises to enter the European and American market,” Cui said. – Rappler.com