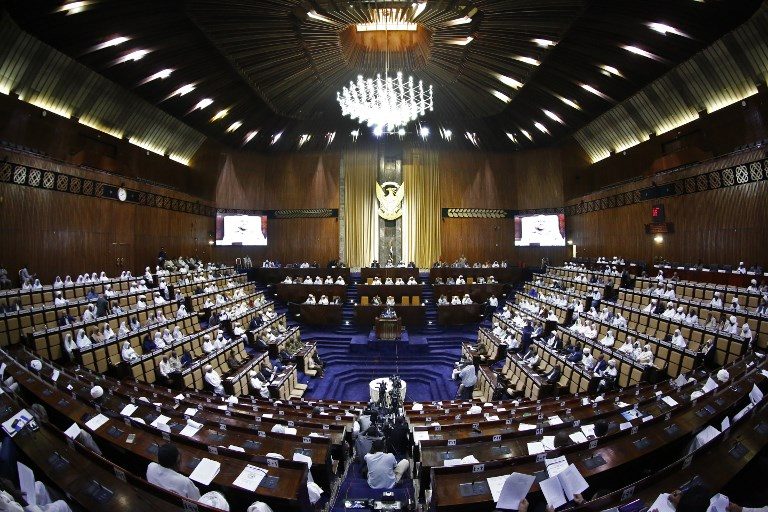 Facebook Twitter Copy URL
Copied
'A six-month state of emergency has been approved by a majority,' the speaker of parliament Ibrahim Ahmed Omer says after lawmakers voted on the decree issued by President Omar al-Bashir

KHARTOUM, Sudan – Sudan’s parliament on Monday, March 11, approved a nationwide state of emergency of 6 months instead of one year  as ordered by President Omar al-Bashir to quell protests against his iron-fisted rule.

“A six-month state of emergency has been approved by a majority,” the speaker of parliament Ibrahim Ahmed Omer said after lawmakers voted on the decree issued by Bashir, according to an Agence France-Presse correspondent.

Bashir declared a state of emergency from February 22 after an initial crackdown failed to suppress the protests that have rocked his administration for more than two months.

Deadly protests erupted on December 19 after a government decision to triple the price of bread.

The demonstrations quickly escalated into nationwide rallies against Bashir’s administration, with analysts calling it the biggest challenge to his rule stretching back 3 decades.

Officials say 31 people have died in protest-related violence so far, while Human Rights Watch has given a death toll of at least 51 including medics and children.

A parliamentary committee set up to look into the decree recommended that the state of emergency be shortened to 6 months instead of one year as originally ordered by Bashir.