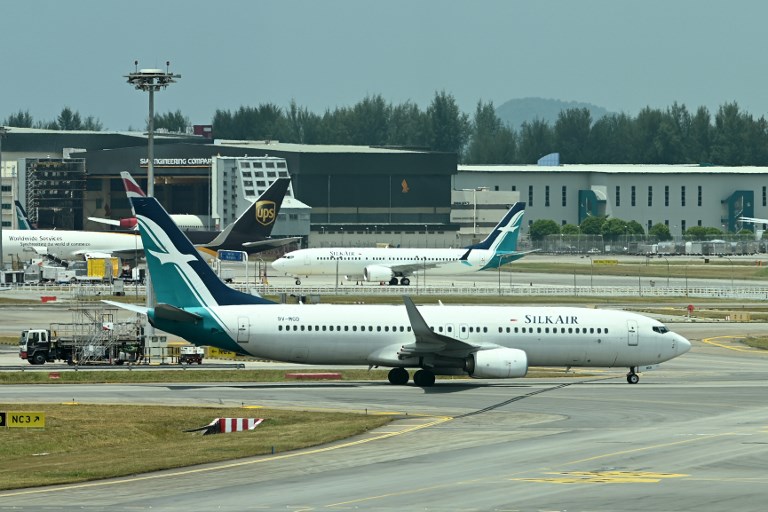 LONDON, United Kingdom (UPDATED) – Britain on Tuesday, March 12, joined 4 other countries in banning Boeing 737 MAX planes from their airspace as a growing number of airlines around the world grounded the jets following a second deadly accident in just 5 months.

On Sunday, March 10, a new Ethiopian Airlines 737 MAX 8 went down minutes into a flight to Nairobi, killing all 157 people on board. It came after a Lion Air jet of the same model crashed in Indonesia in October, killing 189.

Investigators have recovered the black box flight recorders from the Ethiopian Airlines plane, which crashed near Addis Ababa carrying passengers and crew from 35 countries – including some two dozen UN staff.

US regulators have ordered Boeing to make urgent improvements to the model and insisted they would take action if safety issues are detected.

But it was not enough to reassure aviation authorities in Britain and 4 other countries – Singapore, Australia, Malaysia and Oman – who temporarily banned all 737 MAX planes from their airspace.

China, a hugely important market for Boeing, had already ordered domestic airlines to suspend operations of the plane Monday, March 11, as did Indonesia.

The UK Civil Aviation Authority said in a statement headlined “Boeing 737 MAX Aircraft” that “as a precautionary measure” it had decided “to stop any commercial passenger flights from any operator arriving, departing or overflying UK airspace.”

Aviation regulators in Singapore, a global air travel hub and popular transit point for long-haul travelers, said they would work with the country’s main airport and “the affected airlines to minimize any impact to travelling passengers.”

One Singapore airline, SilkAir, uses 737 MAX aircraft while a handful of foreign airlines operate the planes in the city-state.

Oman’s Public Authority for Civil Aviation said it was suspending the variant’s flights in its jurisdiction “until further notice.”

Norwegian, which operates 18 of the planes, will keep them grounded pending advice from aviation authorities, operations chief Tomas Hesthammer told Agence France-Presse in an email.

South Korea meanwhile ordered the only airline in the country that operates the jets to suspend operations of its two MAX 8s. Argentina’s flag carrier also grounded 5 MAX 8 aircraft on Tuesday, as did airlines in countries including South Africa, Brazil and Mexico.

But several airlines said they are not cancelling MAX 8 flights, while US carriers appeared to maintain confidence in the manufacturer.

“The Boeing 737 MAX is a highly sophisticated aircraft,” said India’s SpiceJet, which has 13 of the MAX 8 variants in its 75-strong fleet.

“It has flown hundreds of thousands of hours globally and some of the world’s largest airlines are flying this aircraft,” it said in a statement.

Boeing has described the MAX series as its fastest-selling family of planes, with more than 5,000 orders placed to date from about 100 customers.

But not since the 1970s – when the McDonnell Douglas DC-10 suffered successive fatal incidents – has a new model been involved in two deadly accidents in such a short period.

The weekend crash sent Boeing shares nosediving as much as 12% on Monday.

“I think the impact for the industry is significant,” said Gerry Soejatman, a Jakarta-based aviation analyst.

The plane involved in Sunday’s crash was less than 4 months old, with Ethiopian Airlines saying it was delivered on November 15.

It went down near the village of Tulu Fara, some 40 miles (60 kilometers) east of Addis Ababa.

Inhabitants of the remote area looked on from behind a security cordon as inspectors searched the crash site and excavated it with a mechanical digger.

The single-aisle jet had left a deep, black crater.

Ethiopian Airlines said the pilot was given clearance to turn around after indicating problems shortly before the plane disappeared from radar.

The airline’s chief executive Tewolde GebreMariam said the plane had flown in from Johannesburg early Sunday, spent 3 hours in Addis and was “dispatched with no remark,” meaning no problems were flagged.

The crash cast a pall over a gathering of the UN Environment Programme as it opened in Nairobi – at least 22 staff from several UN agencies were on board the doomed flight.

Delegates hugged and comforted one another as they arrived at the meeting with the UN flag flying at half-mast.

Kenya had the highest death toll among the nationalities on the flight with 32, according to Ethiopian Airlines. Canada was next with 18 victims.

There were also passengers from other countries including Ethiopia, Italy, the United States, Britain and France. – Rappler.com