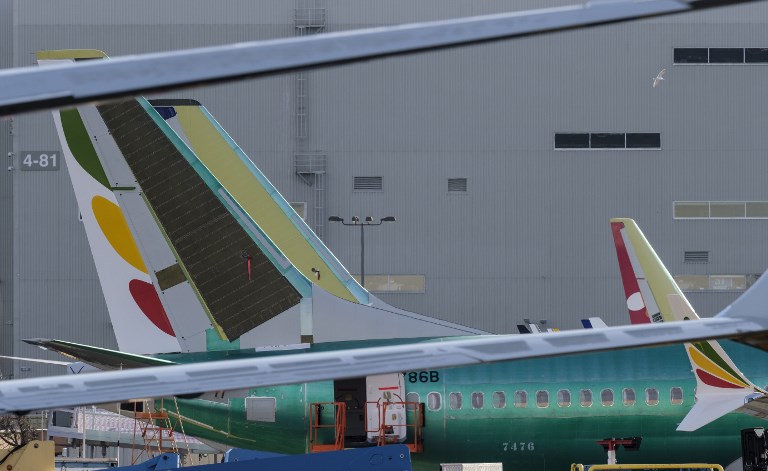 ADDIS ABABA, Ethiopia (3rd UPDATE) – Ethiopia said Wednesday, March 13, it would send the black boxes from last weekend’s deadly Ethiopian Airlines crash to Europe for analysis as demand grew for urgent answers over the safety of the Boeing 737 MAX 8.

The second deadly crash involving the plane type in less than 6 months prompted governments worldwide to ban Boeing’s bestselling jet from their airspace.

The move has heaped pressure on the US aerospace giant to provide proof the plane is safe.

In Ethiopia, distraught families wept and lit candles as they visited the deep black crater where the plane smashed into a field, killing 157 passengers and crew, an Agence France-Presse (AFP) correspondent said.

“We are going to send it to Europe, but the country is not specified yet,” said Asrat.

The airline said Ethiopia does not have the equipment to read the black box data that could provide crucial information about what happened.

The Ethiopian Airlines 737 MAX 8 was less than 4 months old when it went down 6 minutes into a flight from Addis Ababa to Nairobi on Sunday, March 10, disintegrating on impact.

Asrat said families of the victims from Kenya, China, America, and Canada, as well as diplomatic staff from embassies, were visiting the crash site.

Experts have pointed out similarities with a crash in October when an Indonesian Lion Air jet went down, killing 189 passengers and crew.

Both planes reportedly experienced erratic steep climbs and descents as well as fluctuating airspeeds before crashing shortly after takeoff.

Questions have honed in on an automated anti-stalling system introduced on the 737 MAX 8, designed to automatically point the nose of the plane downward if it is in danger of stalling.

According to the flight data recorder, the pilots of Lion Air Flight 610 struggled to control the aircraft as the automated MCAS system repeatedly pushed the plane’s nose down following takeoff.

The Ethiopian Airlines pilots reported similar difficulties before their aircraft plunged into the ground.

Boeing came in for criticism after the Lion Air crash for allegedly failing to adequately inform 737 pilots about the functioning of the anti-stalling system.

According to anonymous pilot reports on a National Aeronautics and Space Administration (NASA) database seen by AFP, several American pilots reported problems with the same system in late 2018.

During one incident, a co-pilot said that shortly after take-off, when autopilot was engaged, the plane suddenly began pointing downwards. The captain immediately disconnected the autopilot and straightened the plane.

Biniyam Demssie, another spokesman for Ethiopian Airlines, told AFP the pilots had received the relevant training.

For “every new technology, we provide training at Ethiopian Airlines,” he said.

Speaking to CNN on Wednesday, Tewolde told CNN Wednesday there were “significant similarities” between the Lion Air and ET 302 crashes.

“There are a lot of questions to be answered on the airplane.”

In a separate interview with the BBC, he called for all Boeing 737 MAX models to be grounded.

Banned from the skies

A dozen airlines have grounded the plane, while Lebanon, Egypt, Serbia, Vietnam, New Zealand and Hong Kong on Wednesday became the latest countries to ban it from their airspace.

All European Union countries, as well as major hubs such as the United Arab Emirates and Australia have already done so.

“At this early stage of the related investigation, it cannot be excluded that similar causes may have contributed to both events,” the EU aviation agency said.

Low-cost airline Norwegian Air Shuttle has said it will demand financial compensation from Boeing as the implications of the mass grounding for the airline industry remained unclear.

The United States, however, is resisting calls to ground the MAX series, which is Boeing’s fastest-selling model, with more than 5,000 orders placed to date from about 100 customers.

There are about 350 MAX 8s in service around the world.

“So it’s not just a mechanical, it is not just a software problem, but it is a problem of communication and trust,” he said. – Rappler.com