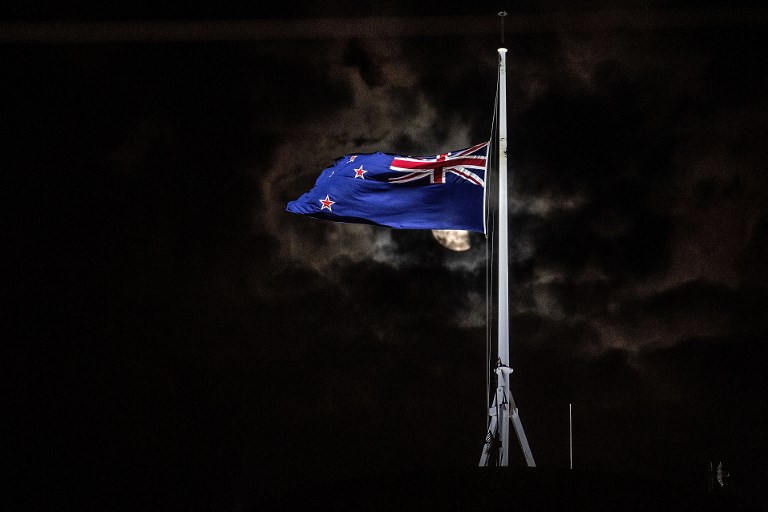 PARIS, France (UPDATED) – Attacks on two mosques in New Zealand which left at least 49 people dead on Friday, March 15 – the Muslim day of prayer – have sparked horror, revulsion and dismay around the world.

“It is clear that this can now only be described as a terrorist attack,” said Prime Minister Jacinda Ardern, describing the attacks in the city of Christchurch as “one of New Zealand’s darkest days.”

Some countries have stepped up patrols around mosques following the rampage.

Here is a summary of global reactions.

“My warmest sympathy and best wishes goes out to the people of New Zealand after the horrible massacre in the Mosques. 49 innocent people have so senselessly died, with so many more seriously injured. The U.S. stands by New Zealand for anything we can do. God bless all!” Trump wrote on Twitter.

“We stand in solidarity with the people of New Zealand and their government against this vicious act of hate,” said his spokeswoman Sarah Sanders.

“With this attack, hostility towards Islam that the world has been has been idly watching and even encouraging for some time, has gone beyond the boundaries of individual harassment to reach the level of mass killing,” said Turkish President Recep Tayyip Erdogan.

“If measures are not taken right away, news of other disasters will follow this one… I am calling on the world, in particular the West, to take quick measures,” he said.

“Murder of people at prayer, in their most holy and sacred place, is a depraved and despicable act. For people of all religions and of none, a red line has been crossed,” Israeli President Reuven Rivlin wrote on his official Twitter feed.

Norwegian Prime Minister Erna Solberg urged the international community to combat all forms of extremism after the Christchurch attacks, which revived painful memories of the 2011 mass killings in Norway by rightwing extremist Anders Behring Breivik.

“It’s obviously very sad. It recalls painful memories of our own experience with July 22, the most difficult moment in the post-war period in Norway.”

Not in my daughter’s name

The mother of a Swedish girl killed in a 2017 jihadist attack condemned the New Zealand massacre, after the attacker claimed in his manifesto that he wanted to avenge the girl’s death.

The attack on two mosques on Friday in Christchurch “goes against everything Ebba stood for,” Jeanette Akerlund told Swedish public television SVT.

One of the weapons used in the Christchurch massacres was reportedly engraved with the name of Luca Traini, an Italian far-right militant who was jailed for racist shootings last year.

Traini’s lawyer Gianluca Giulianelli said on the radio that his client had repented and “firmly dissociates himself” from the New Zealand killer.

British Prime Minister Theresa May offered deepest condolences “after the horrifying terrorist attack in Christchurch. My thoughts are with all of those affected by this sickening act of violence.”

Queen Elizabeth II, New Zealand’s head of state, said she and her husband Prince Philip sent condolences to the families and friends of those who lost their lives and paid tribute to emergency workers and volunteers providing support to the injured.

“I have been deeply saddened by the appalling events in Christchurch… At this tragic time, my thoughts and prayers are with all New Zealanders.”

London’s police service said it was “stepping up reassurance patrols around mosques and increasing engagement with communities of all faith, giving advice on how people and places can protect themselves.”

In Australia, police in New South Wales said there were increasing patrols around mosques as a precaution.

“There is no ongoing or specific threat to any mosque or place of worship,” police said.

Pope Francis assured “all New Zealanders, and in particular the Muslim community, of his heartfelt solidarity,” the Vatican said.

The pope was “deeply saddened to learn of the injury and loss of life caused by the senseless acts of violence,” Vatican Secretary of State Pietro Parolin said in a telegram.

“Japan is determined to resolutely stand up against terrorism.”

Malaysian Prime Minister Mahathir Mohamad said he hoped New Zealand “will arrest these terrorists and do the necessary under the law of the country.”

“The brutal attack…will never diminish the tolerance and decency that New Zealand is famous for.”

“An attack against peaceful people gathering for prayer is shocking in its cruelty and cynicism,” Russian President Vladimir Putin said.

“I hope that those involved will be severely punished,” he said in a message to Arden.

German Chancellor Angela Merkel said she mourned “with New Zealanders for their fellow citizens who were attacked and murdered out of racist hatred while peacefully praying in their mosques. We stand together against such acts of terrorism.”

NATO chief Jens Stoltenberg said the US-led alliance “stands with our friend and partner New Zealand in defense of our open societies and shared values.”

Spanish Premier Pedro Sanchez said his thoughts were with the victims, families and government of New Zealand after attacks by “fanatics and extremists who want to destroy our societies.” – Rappler.com