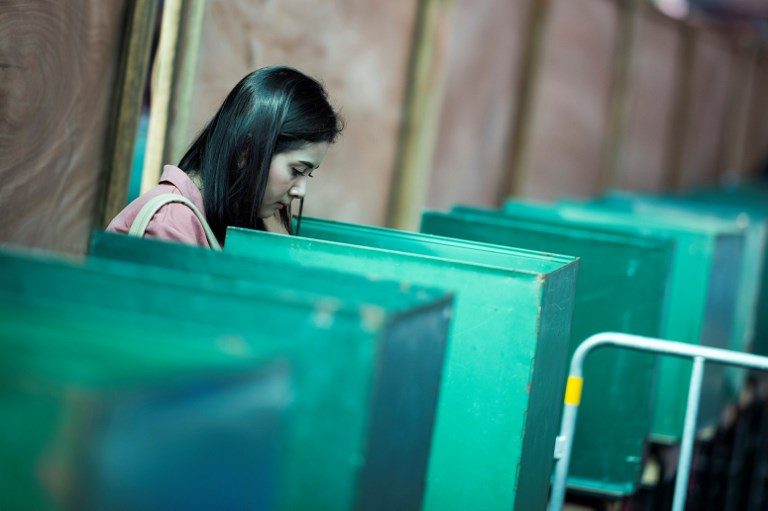 CHAIYAPHUM, Thailand – More than 2.2 million Thais turned out for early voting – almost 90% of those registered – for Thailand’s hotly anticipated national election, as the junta’s main opposition predicted a cliffhanger to the first poll in 8 years.

The 2011 election had a 55% turnout for advanced voting, bringing about 1.4 million early to the ballot box.

But enthusiasm is soaring from a public starved of democratic processes since a 2014 coup ousted then-premier Yingluck Shinawatra – reflecting in the country’s high number of early voters on Sunday, March 17.

“There was an 86.98% turnout” among the 2.6 million early voters registered, Ittiporn Boonpracong, chairman of the Election Commission, said Monday, March 18.

Many voting centers had “more than 90% turnout”, he added.

Since the junta’s takeover in 2014, leader Prayut Chan-O-Cha has repeatedly postponed elections, seeding resentment among a public weary of crackdowns on dissent and political debate.

With election day looming, voter enthusiasm is writ large across the country and online, with Thais sharing memes and engaging in online debate.

A high voter turnout could likely spell trouble for the junta-aligned Phalang Pracharat, a party fronted by Prayut as their prime ministerial candidate.

More than 7 million young Thais will be first-time voters as well, making them wildcards for a country so accustomed to neat political categories.

Pheu Thai – the country’s most popular party which brought Yingluck to power in 2011 – remains confident in their chances, said Sudarat Keyuraphan, the party’s prime ministerial candidate, during a campaign stop in Thailand’s northeastern Chaiyaphum province on Monday.

“Yesterday’s early voting saw people stand under the hot sun for 3 hours….they want to say it is times up for the dictatorship,” she told Agence France-Presse.

But the election’s outcome will be difficult to predict under a junta-scripted constitution, which analysts say was designed to undermine a popular party like Pheu Thai.

Thousands of supporters cheered wildly as she and other party executives promised to raise rural incomes – a sign of Pheu Thai’s enduring dominance in the country’s northeast.

“I will definitely vote this time…for Pheu Thai. They have good agricultural policies,” she said. – Rappler.com