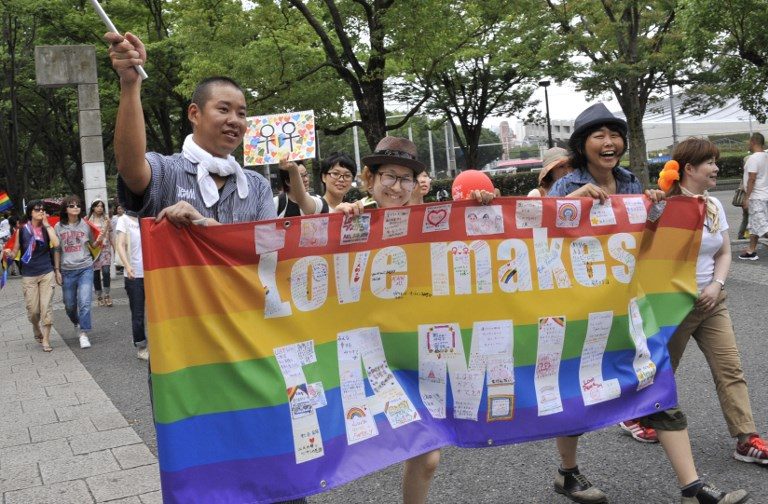 Facebook Twitter Copy URL
Copied
Applicants who wish to change their official documents are required to be without reproductive capacity, effectively requiring most people to be sterilised to meet criteria

Under rules introduced in 2004, transgender people who wish to change their official documents must appeal to a family court and meet a set of strict criteria.

Applicants are required to be without reproductive capacity, effectively requiring most people to be sterilised to meet the criteria.

They must also be single and without children under the age of 20, and undergo a psychiatric evaluation to receive a diagnosis of “gender identity disorder.”

“Japan should uphold the rights of transgender people and stop forcing them to undergo surgery to be legally recognized,” said Kanae Doi, Japan director at Human Rights Watch

“The law is based on an outdated premise that treats gender identity as a so-called ‘mental illness’ and should be urgently revised,” she added.

The statement accompanies a report by the rights group which includes interviews with 48 transgender people, as well as with lawyers, health providers, and other experts on the issue.

It criticizes the law as based on a “pejorative notion that a transgender identity is a mental health condition” and criticises the requirement that transgender people “undergo lengthy, expensive, invasive, and irreversible medical procedures”.

“Why do we have to put a scalpel through our healthy bodies just for (the) sake of the country’s order?” the report quotes a transgender man as saying.

The World Health Organization has removed “gender identity disorders” from the “mental disorders” section of its new International Classification of Diseases, the rights group noted.

HRW also pointed to a 2013 comment by the United Nations special rapporteur on torture that said transgender people being “required to undergo often unwanted sterilization surgeries as a prerequisite to enjoy legal recognition of their preferred gender” was a human rights violation.

But in January, Japan’s supreme court upheld the law on changes to official documents by transgender people.

It acknowledged doubts were emerging over whether the rules reflected changing social values, but said the law was constitutional. – Rappler.com