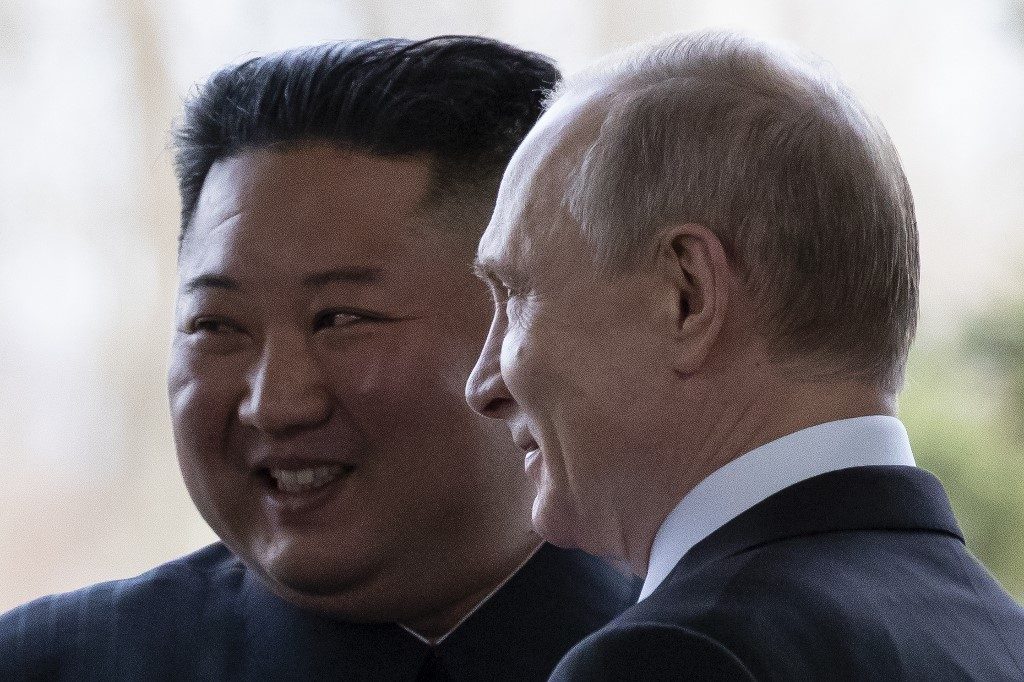 North Korea “needs guarantees of its security, the preservation of its sovereignty,” Putin said after talks with North Korean leader Kim Jong-un.

Putin said he would discuss his talks with Kim with Washington.

“There are no secrets here, no conspiracies… Chairman Kim himself asked us to inform the American side of our position,” Putin said.

He said Russia’s interests coincide with those of Washington in that both countries are for “complete denuclearization.”

“As far as reducing the threat of nuclear conflicts is concerned, this is certainly a common priority,” he said.

“I was given the impression that the North Korean leader shares the same point of view. And we need guarantees of security, that’s all. We need to think about this all together.” – Rappler.com