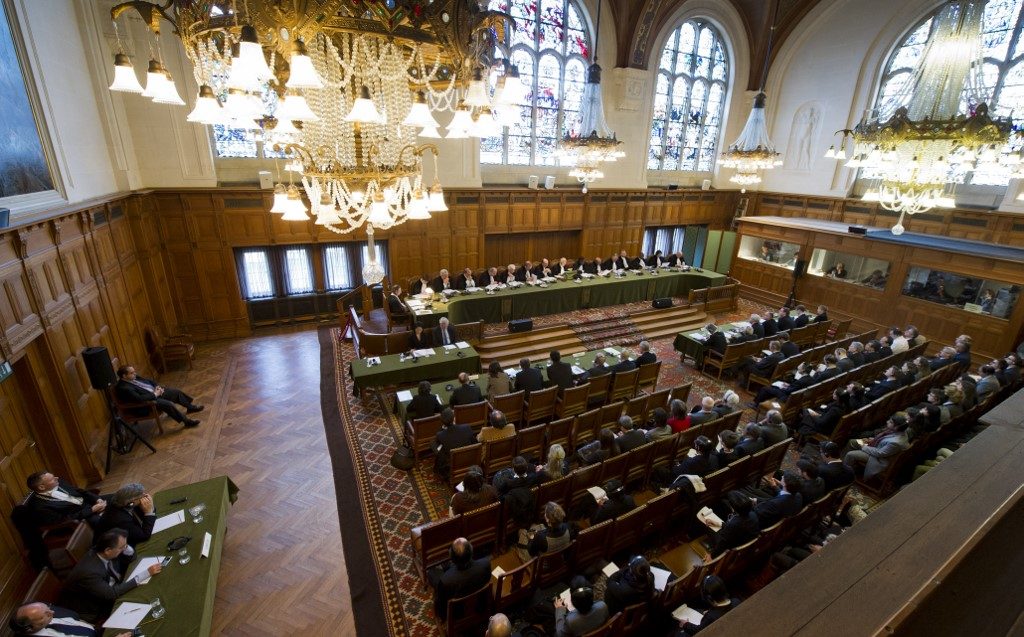 THE HAGUE, Netherlands – The United Arab Emirates asked the UN’s top court on Tuesday, May 7, to stop Qatar “severely aggravating” the two-year-old crisis that snapped ties between Doha and Gulf states.

The International Court of Justice in The Hague ordered Abu Dhabi last July to protect the rights of Qatari citizens following the blockade launched in 2017 by Saudi Arabia, Bahrain, the UAE and other allies.

But in a tit-for-tat case, the UAE accused Qatar of blocking a key website and using its state-controlled news channels and fake documents to hamper Abu Dhabi’s own efforts to obey the order.

The Emiratis also accused Qatar of backing terrorist groups including the Islamic State and Al-Qaeda, echoing one of the original allegations by the Gulf allies against Doha.

“Qatar has continued to aggravate the dispute and make it more difficult to resolve,” said Hisssa Abdulla Ahmed Al-Otaiba, the UAE ambassador to the Netherlands.

She urged the court to take urgent measures to stop Qatar’s alleged actions, warning of “irreparable harm” to the UAE’s own legal rights otherwise.

Qatar has faced an economic and diplomatic boycott since June 2017 by Gulf rivals who accuse Doha of backing terrorism and being too close to regional rival Iran.

Doha has repeatedly denied the claims and accused its rivals of seeking regime change.

Last June, the ICJ ruled that the UAE must allow families which include Qatari members, to be reunited, and that Qatari students must be given the chance to complete their education in the Emirates

But the UAE said on Tuesday that Qatar had blocked its own citizens from accessing an Emirati website to ease travel issues.

Doha also used state media such as the Al Jazeera channel to “spread false accusations” about the case, including claims that a hotline for Qatari citizens did not work, the UAE said.

Emirati lawyers accused Qatar of using fake documents including some with a fake British royal seal to back its legal case.

The UAE also objects to Qatar taking the case separately to the 1965 International Convention on the Elimination of All Forms of Racial Discrimination (CERD).

In a sign tensions are still high, the United Arab Emirates said it released Monday, May 6, a Qatari military ship that had violated UAE territorial waters last week. – Rappler.com