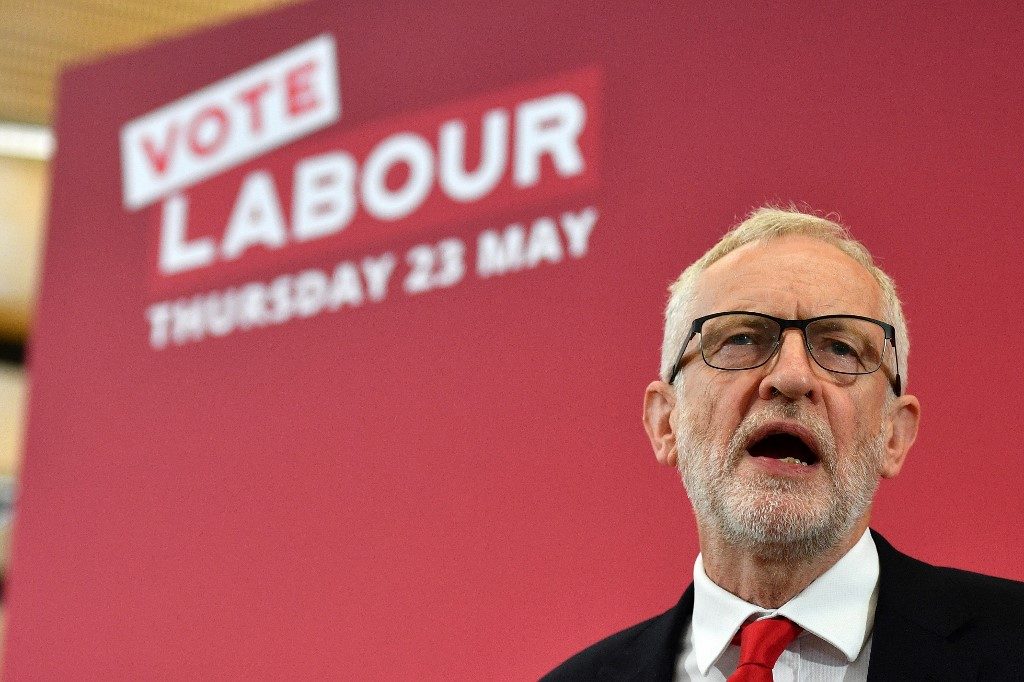 Left-wing stalwart Corbyn urged supporters of a so-called no deal departure from the European Union to “think it through” as opinion polls show them flocking to the new Brexit Party ahead of the May 23 contest.

The veteran Labour leader said the fledgling party founded by anti-EU firebrand Nigel Farage supported leaving the bloc with no deal, which would result in “an economic shock threatening entire industries”.

“It would be a Donald Trump Brexit leaving us at the mercy of a reckless and bellicose US administration,” Corbyn told an invited audience in the suburban Medway region east of London.

“It would be an elite Brexit that would only work for the richest. Those who want to deregulate, to slash public services, deny rights at work still further.”

Ongoing talks with Labour to pass an agreement have so far failed to break the deadlock – leaving political parties on both sides of the Brexit divide gearing up for what has been described as a “zombie” poll because the government is still planning to leave the EU within months.

Corbyn is pitching his party as the only one able to appeal to both Leave and Remain voters.

Labour favors a permanent customs union with the EU, and under increasing pressure from its largely pro-European membership, has endorsed a referendum on any Conservative-led Brexit deal.

But it has faced criticism for sitting on the fence over Brexit and it is unclear whether the party would back Leave or Remain in the next general election.

Last week’s local elections and polling show Brexit supporters in traditional Labour heartlands like northern England distrustful of the party’s stance, with rising fears they could decamp en masse to the Brexit Party.

Corbyn argued Thursday that “only Labour can see off the Farage snake oil in this election” as he urged such voters not to “let the siren voices of the far-right or the right in our society take over”.

Local labour campaigners listening to his speech said they had faced anger on the doorstep in recent weeks from all sides, and an appeal to logic may fall flat.