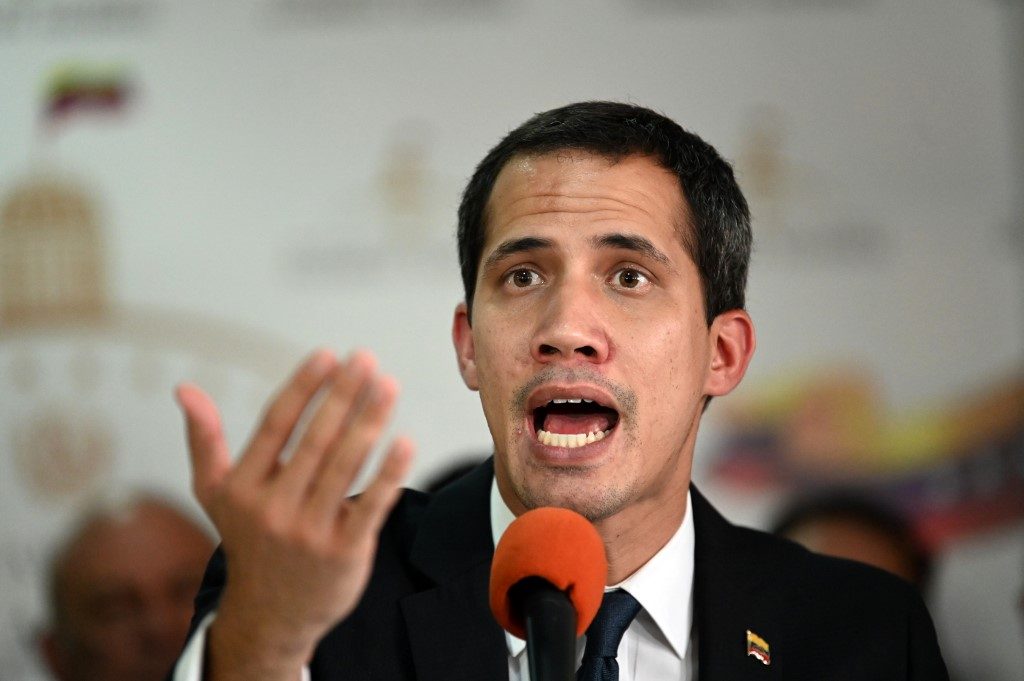 Deputies said members of the National Guard, who provide security for the building, along with police and SEBIN intelligence agents blocked access to the opposition-controlled National Assembly.

The move came as Amnesty International said it believes the Venezuelan authorities have committed crimes against humanity in their crackdown on anti-government protests, and urged the International Criminal Court to investigate.

He tried to incite an uprising against Maduro on April 30 but only around 30 members of the armed forces joined him, and the revolt quickly petered out. It did, however, spark two days of deadly clashes between protesters and security forces.

Since then, the Maduro regime has ramped up pressure on Guaido’s allies and supporters.

The Constituent Assembly, a rival legislative body that was created by the Maduro government and is packed with people who support him, voted Tuesday to strip immunity from five more opposition lawmakers in the National Assembly.

That brings to 14 the number who will presumably go trial for backing the failed insurrection. The charges include treason.

One of them, deputy assembly speaker Edgar Zambrano was arrested by SEBIN agents last week. Another fled to neighboring Colombia, while three others sought refuge in diplomatic compounds.

The Mexican government said its embassy in Venezuela has taken in opposition lawmaker Franco Manuel Casella to provide him “protection and safety.”

But even in making the move, the Mexican government reiterated its position of non-interference in the conflict.

Unlike other large Latin American countries such as Argentina, Brazil and Colombia, Mexico still recognizes Maduro’s government and not Guaido.

Guaido – the National Assembly president – has accused Maduro of trying to dismantle the legislature.

“They’re trying to hold the legislative power hostage while the dictator entrenches himself alone in a palace where he shouldn’t be,” Guaido said on Twitter.

He has previously accused the socialist leader of terrorism for his heavy-handed response to demonstrations.

Amnesty said Maduro’s government responded with “a systematic and widespread policy of repression” in late January, when anti-government protests swept the country after Guaido declared himself acting president.

The London-based rights group said at least 47 people were killed during the protests from January 21 to 25, with 11 of the deaths considered “extrajudicial executions.”

At least 33 were shot dead by the security forces, and 6 by government supporters.

Some Maduro opponents were tortured while 900 people, including children, were arbitrarily detained, Amnesty said.

“The nature of the attacks… the level of coordination by the security forces, as well as the signs of similar patterns in 2014 and 2017, leads Amnesty International to believe that the Venezuelan authorities committed crimes against humanity,” it added in a statement.

Maduro himself “knew about these public and appalling acts and took no measures to either prevent or investigate them.”

Guaido’s declaration that he is the country’s legitimate acting president, which has been supported by more than 50 countries, plunged Venezuela into a political crisis.

It came about after the National Assembly branded Maduro a usurper over his controversial re-election last year in polls widely regarded as fraudulent.

The oil-rich, cash-poor country has been stricken by recession and a humanitarian crisis in which almost a quarter of its 30 million population is in urgent need of aid, according to the United Nations.

The United Nations also says more than 2.7 million people have fled the country since 2015.

Those remaining behind face shortages of basic necessities such as food and medicines, and failing public services including water, electricity and transport.

Earlier, security services cordoned off the building housing the National Assembly. Bullet-proof vehicles and a tow truck were parked in the surrounding streets.

“This is a recurring theme. It’s not the first time it’s happened,” said Bolivar, who claimed this was part of “a policy to weaken the Assembly” and “intimidation” related to the power struggle between Guaido and Maduro, who retains the support of the armed forces.

Guaido insisted the move would not stop lawmakers from doing their job.

“Tomorrow we will be in session again, we’ll reconvene and let the regime decide if it wants to continue with a type of political harakiri,” he said. – Rappler.com