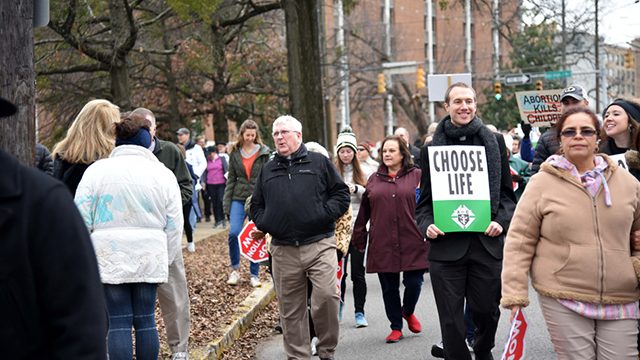 Facebook Twitter Copy URL
Copied
The text passed by the Republican-led senate is sent to Governor Kay Ivey's desk for signature into law and, if approved, is expected to trigger a legal battle which could reach the Supreme Court

MIAMI, USA –  The Alabama senate on Tuesday, May 14, passed the most restrictive abortion bill in the United States, which places a near-total ban on the termination of pregnancy – even in cases of rape and incest – and could punish doctors who perform the procedure with life in prison.

The text passed by the Republican-led senate has been sent to Governor Kay Ivey’s desk for signature into law and, if approved is expected to trigger a legal battle which could reach the Supreme Court.

Under the bill, performing an abortion is a crime that could land doctors who perform it in prison for 10 to 99 years. Abortions would only be legal if the life of the mother is in danger or the fetus has a fatal condition.

The largest human rights defense organization in the United States, the ACLU, promised to file a lawsuit to block its implementation, saying the vote showed “how little they (conservative lawmakers) regard bodily autonomy.”

“This bill punishes victims of rape and incest by further taking away control over their own bodies and forcing them to give birth,” it added.

The National Organization for Women called the bill “unconstitutional” and said its passage would “send women in the state back to the dark days of policymakers having control over their bodies, health, and lives.”

Alabama Lieutenant Governor Will Ainsworth, who also presides over the state senate, greeted the bill’s passage as a “strong step toward defending the rights of the unborn.”

“With liberal states approving radical late-term and post-birth abortions, Roe must be challenged, and I am proud that Alabama is leading the way,” he added.

The bill’s backers have expressly said they want to bring the case to the Supreme Court.

Now that the top US court has a conservative majority in the wake of President Donald Trump’s election, some Republicans want to overturn the landmark 1973 Roe v. Wade ruling that recognized women’s right to abortion.

“You just raped the state of Alabama yourself,” state senate Democratic leader Bobby Singleton said after senators eliminated an amendment seeking exceptions to the abortion ban.

“You’re saying to my daughter you don’t matter in the state of Alabama… It’s ok for men to rape you and you’re gonna have his baby if you get pregnant,” he added, his voice sometimes breaking with emotion.

Several conservative states are weighing harsh anti-abortion laws, intending some of them to be challenged and reach the Supreme Court.

States with liberal majorities, however, are seeking safeguards to the right to abortion in their own constitutions.

This year alone, 28 of the 50 US states have introduced more than 300 new rules to limit abortion, according to a report by the Guttmacher Institute, which defends women’s rights.

Planned Parenthood Southeast Advocates said in a statement that it was “a dark day for women in Alabama and across this country.”

“Alabama politicians will forever live in infamy for this vote.” – Rappler.com